The U.S. Senate on Aug. 10 voted 69-30 to pass a historic, $1.2 trillion infrastructure bill that did not include any provisions which would upend the longstanding federal law prohibiting commercial activity, including electric vehicle (EV) charging, at Interstate rest areas. More

The Senate Environment and Public Works Committee (EPW) unanimously approved $303.5 billion five-year surface transportation bill, in which NATSO has been closely engaged with lawmakers and staff and which would increase infrastructure funding by about 34 percent over the FAST Act . The committee also adopted a manager’s package of amendments to the underlying bill. That list of amendments has not yet been released, though about 90 had been filed as of Wednesday morning. EPW’s “Surface Transportation Reauthorization Act of 2021” does not include any language expanding tolling or scaling back the prohibition on commercial activities at Interstate rest areas. STRA includes $500 million per year for five years for electric vehicle charging an d other alternative fuel infrastructure, including hydrogen, natural gas and propane. More

Biden Administration Pivots to Infrastructure Members Only Join or Login

The Biden Administration and congressional Democrats are beginning to pivot to their next legislative priority: infrastructure. The Administration's strategic and substantive thinking is starting to leak out and it is quite ambitious. More

The Senate Environment and Public Works Committee on Feb. 24 kicked off the first hearing on President Biden’s “Build Back Better” initiative, with lawmakers and witnesses from both sides of the aisle discussing the need for substantial federal investment in infrastructure. More

House Transportation Committee Chairman Peter DeFazio (D-OR) introduced a highway reauthorization bill June 3 (INVEST in America Act) that will be subject of much attention and advocacy efforts in the weeks ahead. More 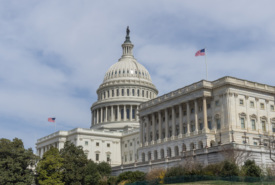 The New Year will usher in a new chapter of the Trump Administration that will have wide-ranging consequences for NATSO’s policy priorities. Here is an overview of NATSO’s top legislative issues and their outlook for 2019. More

On March 8 the Senate Appropriations Subcommittee on Transportation held a hearing to examine infrastructure funding needs and options. The hearing was largely positive from NATSO's perspective, as all participants recognized the critical need to invest money to repair and improve America's roads and bridges, and also recognized the superiority of direct federal spending -- for example, by raising the fuel excise tax -- as opposed to "public private partnerships" which can lead to undesirable revenue-raising mechanisms such as tolling and rest area commercialization. More