David Fialkov is the Executive Vice President of Government Affairs at NATSO.  In this capacity, Mr. Fialkov directs NATSO's legislative, regulatory, and legal strategy on a range of issues, including transportation, energy and fuels, labor, data security, and taxes.  Mr. Fialkov also oversees NATSO's political engagement program, including individualized legal and political counsel to member companies.
Prior to joining NATSO, Mr. Fialkov was the senior associate in the Government Affairs and Public Policy practice at the law firm of Steptoe and Johnson in Washington, D.C.  At Steptoe, Mr. Fialkov advised clients on legislative, regulatory, and political issues, as well as legal concerns.  His primary clients included trade associations representing the motor fuel wholesale and retail industries, including the National Association of Convenience Stores and the Society of Independent Gasoline Marketers of America.  Mr. Fialkov's focus was not only on the motor fuels business, but also the litany of other issues that retailers confront, including labor matters, foodservice issues, healthcare and employment issues, tax matters and data security.
Prior to joining Steptoe, Mr. Fialkov graduated with honors from George Washington University Law School.  He received his B.S. Summa cum laude with highest honors from Clark University in Worcester, MA.  He lives in Washington, D.C. with his wife Allison, daughter Lilah and  son Allan Brennan. 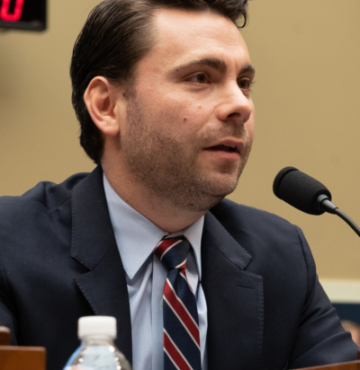 MOST RECENT ARTICLES BY David

A COVID relief bill is set to move through Congress over the next month or so, possibly with only the support of Democrats. The Senate on Feb. 5 approved the FY2021 budget resolution after an overnight session, unlocking the "budget reconciliation" process for President Biden's $1.9 trillion stimulus plan. The House passed the Senate version and plans to begin writing the reconciliation legislation in the coming weeks, subject to some constraints under reconciliation. Democrats hope to have the legislation enacted before the mid-March expiration of pandemic unemployment programs. More