The Economy and Trucking Industry Remain Strong Despite Some Challenges

The U.S. economy is thriving, and although trucking will experience a slight slowdown from some of the record highs it has seen in recent years, it will continue to do well.
More 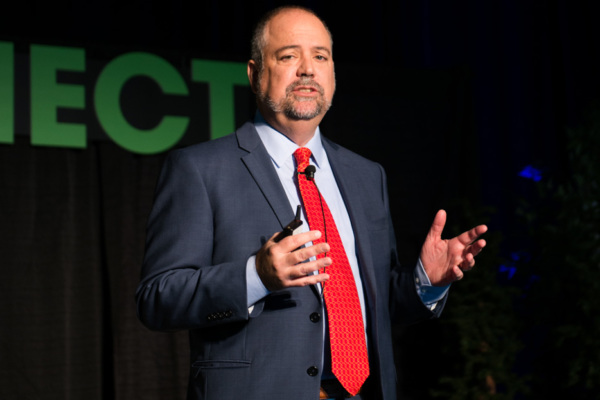 The U.S. economy is thriving, and although trucking will experience a slight slowdown from some of the record highs it has seen in recent years, it will continue to do well.

Bob Costello, chief economist and senior vice president of international trade policy and cross-border operations for American Trucking Associations, told attendees at NATSO Connect that the U.S. has experienced 128 months of growth. During his keynote address on the trucking economy, Costello said he does not see a recession this year but predicts a transition from above-trend growth to at or even a little below trend growth.

The unemployment rate remains low at 3.6 percent and the level of retail sales is good, which benefits trucking. Because retail sales are increasingly done online, retailers are positioning products closer to the consumer. As a result, the length of haul has continued to decline, hitting 505 miles last year, Costello said.

Although the average length of haul has been coming down, miles went up 4.5 percent last year. Costello expects miles to go up 1.5 percent this year. What’s more, some freight moved off of the rails and onto the highways in 2019. “Not a lot will do that, less than 10 percent of freight is competitive for rails,” he said.

Costello also expects housing to remain strong. “Last year 1.3 million homes were built, which was the best since 2007. I think we can see a nice increase in that,” he said.

However, manufacturing activity has been in a recession, which is hurting fleets. “I do think we can grow a smidge this year. Not much, but a little bit,” Costello said.

Costello also expects to see high fleet closure rates. Insurance rates are increasing, plus fleets had to raise driver pay in 2018 to attract and retain drivers. Now that freight prices have dropped, fleets can’t lower pay. In the first three quarters of 2019, 795 carriers failed, which is 2.5 times the number of fleets that went out of business in 2018.

“Overall, expect a tough market into Q2. Q2 should be transition quarter with a better, but not great, second half as volumes improve and supply is more balanced,” Costello said.