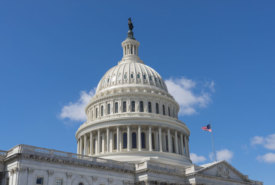 The proposal will be an eight-year, $2 trillion-plus spending bill with a 15-year mechanism to pay for it. This $2 trillion figure does not include approximately $400 billion in clean energy credits on top of the new spending. More

The House Ways and Means Committee on Nov. 2 released the Tax Cuts and Jobs Act to overhaul major aspects of the U.S. Tax system. The bill will be the subject of Committee consideration next week, kicking off formal tax committee action on the first such overhaul of the U.S. tax system in more than 30 years. Senate Finance Committee Chairman Orrin Hatch (R-UT) announced that he plans to release a Senate Republican version of a tax reform bill after the Ways and Means Committee completes its work, as soon as November 9. The Senate Finance Committee could consider its own plan at the same time the full House votes on its plan in an effort to make as much progress as possible on the legislation prior to Thanksgiving. More