NATSO expressed its deepest sympathies and condolences to the family of Bobby Berkstresser, who died April 14.
More 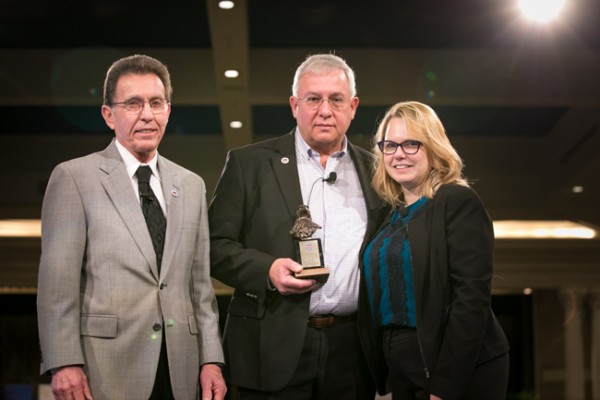 NATSO expressed its deepest sympathies and condolences to the family of Bobby Berkstresser, who died April 14.

Berkstresser, who owned and operated Lee Hi Travel Plaza and White’s Travel Center until their recent sale to TravelCenters of America, was actively involved in NATSO throughout his career. Berkstresser was a member of NATSO since 1991 and has spent countless hours volunteering for the NATSO Board of Directors, serving as Chairman in 2011. The NATSO Foundation bestowed its distinguished Hall of Fame Award on Berkstresser in 2018.

“Bobby’s energy and passion for our industry were unparallelled,” said NATSO President and CEO Lisa Mullings. “He gave generously of his time and knowledge, both with NATSO and industry colleagues. He never hesitated to help in whatever capacity he could when called upon. His loss will be felt deeply throughout the entire industry.”

Berkstresser opened his first truckstop 41 years ago with virtually no industry experience. Seeking to buy a garage for his towing service, he purchased Lee Hi and turned the Raphine, Va., location into the largest travel plaza on the I-81 corridor and one of the largest employers in his community. At the time of his death, the locations and his other area businesses employed nearly 700 and provided more than 700 truck parking spaces.

Berkstresser was viewed as an innovative thinker with boundless energy who continuously sought to improve his business while staying on the forefront of change. Berkstresser sought to make his location a “destination” for truck drivers and marked one of the first operators to open a pharmacy within a travel plaza.

Berkstresser worked tirelessly to support the needs of truck drivers, a commitment most evident in the early days of the COVID pandemic. When state and local governments forced restaurants to close, Berkstresser adapted his operations to ensure truck drivers had food. He moved his entire hot breakfast from the dine-in restaurant to take-out and opened his take-out restaurants earlier each day to accommodate drivers. Berkstresser boxed and sold hundreds of Easter dinners for drivers.

Berkstresser’s operations were praised by Virginia Governor Ralph Northam for their work offering COVID-19 vaccinations, and in 2019, added a new medical facility and an urgent care clinic.

Berkstresser’s commitment to helping the industry, serving his employees and the local community in which he operated stand among the hallmarks of his reputation.

In interviews published during his life, Berkstresser said the truckstop, travel plaza and c-store business provided a great living for him and his family. “With that comes a responsibility,” he said. “You have to be good to your family, your church and your community.”

Funeral services will be held at Harrison’s Funeral Home on Wednesday, April 20 at 2 p.m. A graveside service will follow at Mount Carmel Presbyterian Church Cemetery. Family and friends are welcomed to gather for fellowship and dinner at Marlbrook Baptist Church following the Wednesday service.