Federal and state governments continue to issue a variety of waivers in the wake of Hurricane Ida and other other storms hitting the southeastern part of the United States.  NATSO continues to update this page as new information becomes available.
More 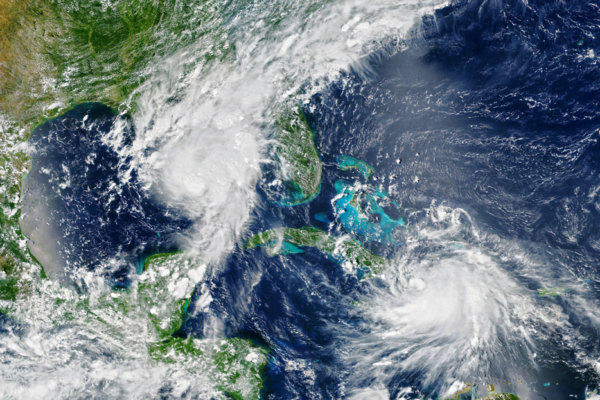 President Joe Biden will survey damage from Hurricane Ida today as he visits Louisiana. The President has directed his administration to take steps to increase the availability of gasoline while most oil production in the Gulf of Mexico remains shut. The Department of Energy authorized Exxon Mobil to receive crude oil from the Strategic Petroleum Reserve to kickstart the production o f fuels.

Pennsylvania, Virginia, West Virginia and Kentucky mark the latest states to issue Declarations of Emergency in the wake of Hurricane Ida. Although Ida hit as a Category 4 hurricane on August 29, heavy rains continue to bring flooding and threats of tornadoes along the East Coast. A Sept. 1 FEMA Advisory detailing the agency’s response to the storm said that recovery could take months. FEMA said more than 1,400 FEMA employees are deployed to support Ida response and recovery efforts. Seven FEMA Incident Management Assistance Teams were deployed to support states affected by Hurricane Ida. Five are in Louisiana, and two in Mississippi.

Federal and state governments continue to issue a variety of waivers in the wake of Hurricane Ida and other other storms hitting the southeastern part of the United States.

The Environmental Protection Agency (EPA) on Aug. 30 EPA Waiver for IDA of the federal Reid vapor pressure requirements to minimize gasoline supply disruptions in Louisiana and Mississippi. Under the waiver, which goes into effect immeddiately and runs through Sept. 15, parties may produce, sell and distribute winter gasoline in Louisiana and Mississippi. Gasoline must have a Reid vapor pressure of no more than 11.5 psi after the addition of ethanol.

Similary, FNS LA Hot Foods Waiver on Aug. 30 to allow SNAP beneficiaries in Louisiana to purchase hot foods with their benefits from food retailers through Sept. 28, 2021.

In both states, SNAP authorized retail food stores are encouraged to post a notice in the store letting SNAP customers know that they can use their SNAP EBT benefits to purchase hot foods and, where practical, allow customers to remain on the premises to consume those foods.

President Joe Biden approved a federal disaster declaration for Louisiana to assist with recovery from Hurricane Ida as the Category 4 storm made landfall in Louisiana and knocked out power to all of New Orleans. Meanwhile the Federal Motor Carrier Safety Administration (FMCSA) issued a regional declaration of emergency for Alabama, Arkansas, Louisiana, Mississippi, Tennessee and Texas.

The declarations come after State Governors had issued their own State Declarations of Emergency in advance of the storm.

FMCSA’s Emergency Declaration waives hours of service regulations for commercial motor vehicle operations providing or supporting emergency relief efforts transporting supplies, goods, equipment, and fuel into the affected States, transporting persons into and from the affected states, or providing other assistance in the form of emergency services during the emergency related to Hurricane Ida.

The agency’s declaration of emergency remains in effect until the end of the emergency or Sept. 28.

Mississippi and Alabama joined Louisiana in Declaring States of Emergency ahead of the storm.

The storm disrupted oil production, according to published reports, before making landfall.

CNN reported August 29 that more than 95 percent of the Gulf of Mexico's oil production facilities have been shut down, according to regulators.

Three other refineries in the area, Exxon, Placid and Kratz Springs, in the Baton Rouge area, were operating at reduced levels.

The NATSO Foundation offers resources for NATSO members affected by the storm.