Few things will shape the political landscape in 2023 more than the 2022 midterm elections. The New Year ushers in a new chapter for the Biden Administration. With Republicans edging out a slim control of the House of Representatives and Democrats holding the Senate, many expect a legislative logjam in 2023. Learn more about the issues facing the travel plaza industry in the coming year.
More 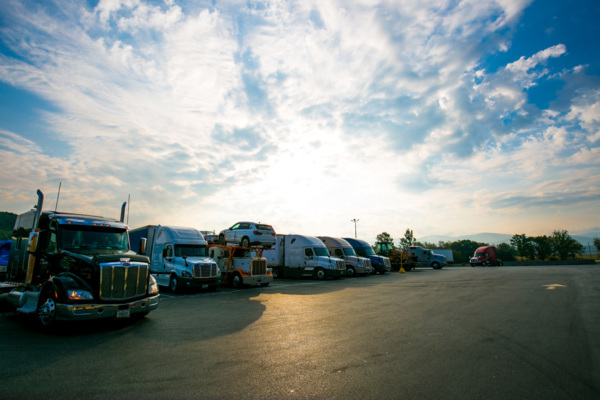 Few things will shape the political landscape in 2023 more than the 2022 midterm elections.

The New Year ushers in a new chapter for the Biden Administration. With Republicans edging out a slim control of the House of Representatives and Democrats holding the Senate, many expect a legislative logjam in 2023.

The election flipped four years of Democratic House control, which means Republicans will take over the speakership and chairmanships of key committees, including the House Transportation and Infrastructure as well as Energy and Commerce committees.

Among the most notable transitions, Nancy Pelosi stepped down as Speaker of the House after two decades in House leadership. Rep. Hakeem Jeffries (D-N.Y.) will serve as House Minority Leader.

Rep. Rick Larsen (D-Wash.) will serve as ranking member of the House Transportation and Infrastructure Committee. Larsen has championed issues of importance to NATSO members, including ensuring that Congress does not undermine private sector investment in electric vehicle charging by allowing charging stations at Interstate rest areas.

House Energy and Commerce Republicans will focus on ramping up domestic energy production in 2023. Committee Chair Cathy McMorris Rodgers (Wash.) said that in the interest of protecting US energy security and independence, she will shift the committee to an “all-of-the-above” approach to production.

In the Senate, Mitch McConnell won re-election as Senate Minority Leader, overcoming a challenge from Rick Scott in Florida. Sens. Tom Carper and Shelley Moore Capito will continue as chair and ranking member, respectively, of the Senate Environment and Public Works Committee, which oversees climate change and air quality and carries jurisdiction over the Environmental Protection Agency.

Sen. Joe Manchin, often a determining vote in legislative advancement, will return as Chairman of the Energy and Natural Resources panel in the 118th Congress, pursuing his bipartisan approach to federal energy and environment policy.

In the coming year, NATSO will continue to advance market-oriented policies that can enhance the fuel supply while lowering fuel prices for consumers and improving the environmental attributes of transportation energy.

The fuel supply tightness that the industry faced throughout 2022, coupled with inflationary pressure, is expected to remain a concern for consumers for the foreseeable future, and the market, while stable, remains vulnerable to outages and disruptions amid tight inventories.

Congress in 2023 will begin the long process of reauthorizing two major pieces of legislation key to fuel-related policy and of importance to NATSO. Specifically, the U.S. Senate Committee on Commerce, Science, and Transportation and the House Committee on Transportation and Infrastructure will need to pass legislation reauthorizing major aviation programs before the end of September 2023. The FAA reauthorization signed in 2018 provided the FAA with $97 million in funding until September 30, 2023. The FAA is likely to serve as a vehicle for fuel-related policies of importance to NATSO members, including programs incentivizing sustainable aviation fuel (SAF).

Additionally, Democrats leading the Senate Agriculture, Nutrition, and Forestry Committee and Republicans leading their House counterparts, will gear up to write the 2023 farm bill. Sen. Chuck Grassley (R-Iowa), a senior member of the Senate agriculture committee, said that “[2023] will be almost totally related to the farm bill.”

Each of these have the potential to have a profound effect on the legislative priority policies of NATSO in the coming year.

Democrats and Republicans alike have said they will continue in the 118th Congress to prioritize oversight of the Infrastructure Investment and Jobs Act (IIJA), albeit with differing approaches. Democrats will continue to focus on emissions reductions as Republicans prioritize reining in regulations, including on the transportation and energy sectors.

States are required to partner with the private sector to install EV charging stations along alternative fuel corridors. NATSO continues to work with its members to ensure that they can partner with their state departments of transportation to access available funds while also educating state DOTs about the policy changes necessary to ensure that the private sector can profitably invest in electric vehicle charging stations.

Congress, meanwhile, is monitoring implementation steps taken by the agency.

Marking a rebuke of the Federal Highway Administration’s implementation of the IIJA, the Government Accountability Office said that FHWA in a December 2021 memo designed to guide states on using infrastructure law funds expressed a policy preference and went beyond listing legal requirements.

Senate Environment and Public Works Committee ranking member Shelley Moore Capito (R-W.Va.), had requested the GAO analysis in February and said in a statement that, "The Infrastructure Investment and Jobs Act was crafted and negotiated in a purposeful way, but through memos and guidance documents issued to states the administration has since attempted to contradict the law and impose policies that were specifically left out of the law." House Republicans, including House Transportation and Infrastructure Committee member Garret Graves (R.La.) has publicly indicated oversight of the administration will be a priority for the lower chamber as well.

The Truck Parking Safety and Improvement Act, sponsored by Rep. Mike Bost, is expected to be reintroduced in 2023 along with a Senate version of truck parking legislation introduced by Senators Mark Kelly (D-Ariz.) and Cynthia Lummis (R-Wyom.).  The Bost measure has been widely supported in the transportation and trucking community.

Implementation of the Inflation Reduction Act of 2022 (IRA) will continue to be a top NATSO issue in 2023 as the association seeks to address provisions in the broad energy tax title that will rework existing biofuel and alternative fuel incentive structures for the next several years.

NATSO continues to advance its position that policies designed to minimize the carbon emissions from the transportation sector should not give special treatment to aviation fuel over renewable diesel.

The Internal Revenue Service (IRS) in December issued guidance on the $1.25 sustainable aviation fuel tax credit and is seeking comment on which life-cycle analysis assessment method the tax credit should rely. NATSO continues to urge the IRS to adopt a tax strategy that helps to align the tax credit for SAF with existing tax policies for over-the-road biofuels and mitigate the alternative fuels tax disparity created under the Inflation Reduction Act.

Renewable aviation fuel is more expensive and reduces fewer emissions than renewable diesel. The airline industry has made emission reduction commitments that they are only capable of satisfying if the taxpayer foots the bill.  But unless and until sustainable aviation fuel has more attractive emissions characteristics than renewable diesel and biodiesel, the Administration’s support for SAF will remain misguided.

In the coming year, NATSO will continue efforts to ensure that diesel fuel dispensers include a label identifying renewable content.

The current Federal Trade Commission (FTC) label provides the transparency that NATSO members need to capture the economic incentives tied to the fuels that they buy and sell. This transparency ultimately lowers the price that customers pay for biofuels relative to petroleum-based fuels.

Furthermore, many retailers that do not sell RD today are likely to do so in the future and the pump label will be an essential element to allow retailers and their consumers to access biofuel incentives the way they do today.

EPA has proposed to require 20.82 billion gallons of renewable fuel in 2023.

NATSO thinks that a lack of growth in the advanced category is perplexing given the amount of production capacity the industry expects will come online in the near-term. EPA is not fully taking advantage of an opportunity to signal to the market that investments in lower carbon fuels will be rewarded.

EPA further set ambitious growth in the ethanol category, which is surprising considering that fuel is less environmentally friendly than other, advanced biofuels, as well as ongoing policy uncertainty and infrastructure, supply, and compatibility impediments. Advanced biofuel production will continue to enable the market to satisfy the blending mandates, but it is imperative that EPA ensure going forward that any growth in ethanol demand does not crowd out incentives for more proven, environmentally attractive advanced biofuels.

Of importance to NATSO members, EPA also proposed a framework for how electronic Renewable Identification Numbers (e-RINs), would be permitted under the Renewable Fuel Standard (RFS). The proposal would allow automakers to generate a RIN when electricity is produced from qualifying renewable biomass.

NATSO opposes placing the value of e-RINs at other segments of the value chain, such as with automakers. Doing so would not incentivize private investment in charging stations or consumer investment in EVs because the e-RINs’ value would not be shared throughout the value chain but rather will provide additional incentives to an industry already encouraged to invest in EVs via separate federal policy.

For charging station owners and operators, E-RINs represent an opportunity to offset costs for fuel retailers so that they can make the investments in EV charging stations.

NATSO will advocate for the agency to reconsider this approach throughout the comment process. The eRIN program is not proposed to take effect until 2024.

Lawmakers in the House and the Senate in 2022 introduced legislation seeking to allow for the year-round sale of E-15. Although no final deal was reached between biofuels and refining industry "champions" on Capitol Hill,  much progress was made to facilitate further productive discussions in the new year.

Lawmakers in both the Senate and the House acknowledged the support of NATSO in announcing the bills. In statements issued by lawmakers, NATSO said it applauded efforts to “remove unnecessary regulatory barriers to the sale of higher ethanol blends. E-15 offers retailers an opportunity to diversify fuel options and improve gasoline’s emissions characteristics while lowering costs for consumers and enhancing America’s energy security.”

Allowing E-15 to be sold year-round throughout the country would enhance the supply of motor fuel, mitigating higher crude costs and lowering prices for all American fuel consumers.

It’s clear that 2023 is bound to be a busy year for travel centers and fuel retailers. NATSO looks forward to continuing to advocate on your behalf on all of these important issues in the coming year.