NATSO closed out 2019 with an extraordinary victory for the travel plaza and truckstop industry. Just before midnight on Dec. 20, President Trump signed legislation that retroactively renewed the $1 per-gallon biodiesel blenders tax credit and extended it through 2022. 2020 is bound to be just as eventful – and busy -- for NATSO as we tackle the industry’s many other priority policy issues.
More 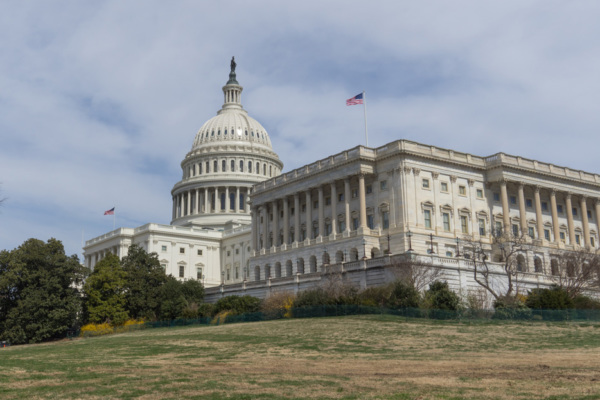 NATSO closed out 2019 with an extraordinary victory for the travel plaza and truckstop industry. Just before midnight on Dec. 20, President Trump signed legislation that retroactively renewed the $1 per-gallon biodiesel blenders tax credit and extended it through 2022.

The extension of the biodiesel tax credit marked the culmination of a multi-year effort to extend a key industry tax credit that encourages producers and blenders to make forward-looking infrastructure investments and ensure that they can sell fuel at the lowest possible cost to consumers. It marked an enormous victory for not only the travel center industry, but also for the environment and America's truck drivers and consumers.

2020 is bound to be just as eventful – and busy -- for NATSO as we tackle the industry’s many other priority policy issues.

With current surface transportation law set to expire in 2020, Congress has kicked off the debate over how to increase revenues for the Highway Trust Fund. NATSO will continue to push lawmakers to pass a long-term highway bill that improves the nation’s roads and bridges.

NATSO continues to push for an increase in the federal motor fuels taxes, but calls by NATSO and other transportation groups face political headwinds. Concerns about insufficient revenues in the Highway Trust Fund could lead to harmful revenue schemes such as commercializing rest areas.

Presidential impeachment proceedings coupled with the march toward a November Presidential election increase the likelihood that Congress will extend, rather than reauthorize, current surface transportation law. Nonetheless, Committees with jurisdiction over highway policy and financing will spend 2020 laying the groundwork for a multi-year surface transportation bill.

The House Transportation and Infrastructure Committee has not yet released its version of a highway reauthorization measure, but Committee Chairman Peter DeFazio (D-Ore.) has said that he anticipates his committee will consider a measure early this year.

With the political climate expected to impede Congress’s ability to advance any major infrastructure legislation this year, states will continue to eye other means of funding their infrastructure projects.

As such, NATSO will continue to lead a coalition of like-minded businesses to ensure that lawmakers do not consider lifting the prohibition on commercializing rest areas as a means of increasing infrastructure revenues.

The U.S. Department of Transportation in 2018 denied a “waiver” request by the Arizona Governor to permit commercialization of Arizona’s Interstate rest areas. DOT cited NATSO’s advocacy efforts and legal arguments in its materials denying the request.

A number of states are actively engaged in efforts to toll their Interstate Highways despite the federal prohibition against it. NATSO and its allies have faced challenges from Connecticut, Rhode Island, Oregon, Alabama and Virginia. We also face potential battles in South Carolina, Louisiana, Illinois, Wisconsin, Wyoming and elsewhere. Marking a victory for NATSO and its grassroots coalition fighting against tolls, Indiana Gov. Eric Holcomb abandoned plans to add tolls to Indiana’s existing interstates.

But should Congress fail to come through with a significant infrastructure funding package, the list of challenges at the state level is likely to grow.

Federal lawmakers also will continue to face pressure to repeal the federal prohibition on tolling amid concerns that Congress won’t increase surface transportation revenues in the next highway reauthorization.

This was underscored in mid-2019, when House Transportation and Infrastructure Committee Chairman Peter DeFazio (D-Ore.) said at a subcommittee hearing to explore strategies to address congestion and the financing of America’s roads that he was “disturbed by all this talk of tolling and congestion pricing” and that more federal investment was needed.

NATSO will continue educating lawmakers about the importance of maintaining the federal prohibition on tolling existing Interstate highways citing the harmful effects of tolling on businesses, communities, consumers and the increased costs for all goods that are transported by truck.

NATSO will continue to hold EPA’s feet to the fire to ensure that it implements the Renewable Fuel Standard consistent with Congress’s intent.

EPA on Dec. 19 finalized the amount of renewable fuel such as ethanol and biodiesel that must be incorporated into the nation's fuel supply in 2020 (and 2021 with respect to biomass-based diesel). The final rule also formalized the agency's plan for "reallocating" gallons of renewable fuel that are waived pursuant to the "Small Refinery Exemption" process established under the RFS. From NATSO's perspective, both of these policies, as outlined in the final rule, are insufficient.  The RVOs are set well below the levels that the market can meet, and the reallocation process continues to give EPA the flexibility to waive more gallons than it reallocates, which effectively cuts the mandate.

NATSO anticipates that major fuels policy legislation will be enacted before 2022, and 2020  will likely be a year where much of the foundation is laid toward this effort. It is imperative that NATSO and its members are active participants in this process, as the end result will dictate what the retail fuels environment looks like for the next decade.

The increasing proliferation of electric vehicles will present significant market opportunity in the coming years. The regulatory landscape governing the sale of electricity to fuel this vehicles -- much of which has not yet been developed -- will determine whether NATSO's members can effectively participate in this market. NATSO will continue actively engaging in these policy debates to ensure its members have a role to play in refueling the cars and trucks of the 21st Century.