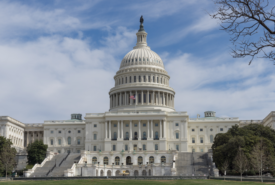 Lawmakers had paused negotiations on a COVID relief / stimulus bill until after the election, and Senate Majority Leader McConnell (R-KY) is now set to take a more active role in the talks. There is general agreement that something could pass between now and March, though the disagreements that plagued previous efforts persist. If the virus continues spiraling, it increases the odds of a stimulus bill in the near-term. More

President Trump on March 23 signed a $1.3 trillion Fiscal Year 2018 spending bill to fund most government operations during the fiscal year, including the Department of Transportation, averting a third government shutdown since taking office. More

The U.S. Senate voted late Dec.13 in a rare Saturday session for a $1.1 trillion omnibus spending bill that funds most government operations during the fiscal year, including the Department of Transportation. More