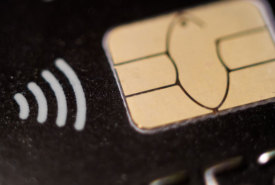 Visa announced today that it will delay the Oct. 1 deadline for the installation of EMV readers at fuel dispenser stations. Visa’s deadline has been extended to Apr. 17, 2021. More 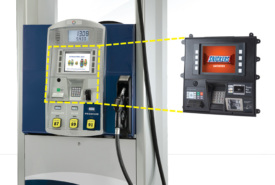 How to Upgrade to Meet the October 2020 EMV Shift [Podcast]

Podcast guest Dan Witkemper, Director, North America Payment at Gilbarco Veeder-Root, tells us what truckstops and travel centers should know about EMV chip technology to ensure they're ready by the 2020 deadline. More

Truckstop and travel plaza operators along with the entire retail industry are still working to comply with the EMV shift—the move to align credit and debit cards in the United States with proprietary chip technology—that took effect Oct. 1, 2015. Under the new requirements, merchants have to adopt EMV-compliant devices for in-store sales or assume the liability for fraudulent transactions. More

Kroger Sues Visa Over Signature vs. PIN in Debit Transactions

The lawsuit is just the latest in a series of lawsuits that large merchants have filed against credit card companies over restrictions on PIN authentication. NATSO continues to actively urge members of Congress to examine the payments system, arguing that PIN authentication is the most secure, cost-effective solution. More

Recognizing the growing and unacceptable problem with chargebacks, Visa has announced modifications to EMV certification and chargeback requirements, and shortly thereafter MasterCard and American Express followed suit. These announcements undoubtedly came in response to growing pressure from retailers and their advocates that the EMV liability shift has resulted in an excessive and unfair increase in chargebacks that retailers have absorbed, often with no viable method for avoiding them. More

Home Depot Inc. has filed an antitrust lawsuit against Visa and MasterCard, adding to claims from a previous lawsuit alleging that retailers pay too much in swipe fees by now questioning chip-based cards' effectiveness in reducing fraud without PIN authentication. More

EMV Shift: The Good, The Bad and The Ugly

Complying with the EMV shift—the move to align credit and debit cards in the United States with proprietary chip technology—is extremely complex and expensive for merchants, and does not do enough to protect retailers from fees and risks associated with fraud, said Mallory Duncan vice president and general counsel at the National Retail Federation. More

The House Small Business Committee recently held its second hearing examining the so-called "EMV Deadline" and what it means for small businesses. At this hearing, the Committee heard from small business retailers who shared stories of an expensive, confusing transition to EMV. More

Recent data breaches have brought the issue of data security to the top of many merchants’ radar screens. In particular, NATSO has received a number of questions from truckstop owners and operators regarding the October 1, 2015 “EMV Shift” – this refers to Visa and MasterCard’s plans to begin aligning credit and debit cards in the United States with those companies’ proprietary chip technology. This article answers to some of the key questions regarding this important topic. More