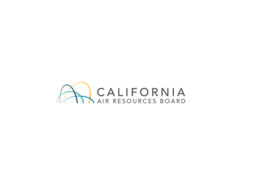 California Gov. Gavin Newsom recently issued an executive order setting a goal to ban the sale of new gasoline powered vehicles by 2035, and a goal of requiring medium- and heavy-duty trucks to be zero emission by 2045 "where feasible." More

NATSO on June 17 expressed support for California’s amended AB 1424, which would require electric vehicle (EV) charging stations to have multiple payment options available for drivers without mandating one form of payment technology. More

The Clinton Campaign announced on Aug. 3 that it does not support replacing the Renewable Fuel Standard (RFS) with a national low-carbon fuel standard similar to what is in place in California. The statement came in response to a news story that Clinton had reached out to California Air Resources Board (CARB) officials to discuss whether a low-carbon fuel standard could be applied at a national level. The Clinton campaign said that this outreach was simply "part of the campaign's ongoing stakeholder outreach efforts." CARB chair Mary Nichols is considered to be on Clinton's short-list of potential EPA administrators. In other RFS news, AFPM formally petitioned EPA to move the point of obligation under the RFS from the refinery to rack sellers and the Renewable Fuels Association asked the Commodity Futures Trading Commission and the EPA to investigate whether anyone is manipulating the RINs market. More

The California Air Resources Board plans to hold a series of public workshops in the coming year designed to seek stakeholder input as it develops a rulemaking for a control measure aimed at reducing greenhouse gas and other emissions for transport refrigeration units (TRUs). More