With Congress increasingly critical of the Renewable Fuel Standard (RFS), legislation introduced last week is taking a different tack: it would require that 30 percent of new automobiles in 2016 operate on non-petroleum fuels instead of, or in addition to, petroleum-based fuels. That figure would increase to 50 percent in 2017 and in subsequent years. More

Echoing legislation introduced in the U.S. House of Representatives earlier this year, U.S. Senators John Barrasso (R-Wyo.), Mark Pryor (D-Ark.) and Pat Toomey (R-Pa.) last week introduced “The Renewable Fuel Standard Repeal Act” (S. 1195), which would repeal the Renewable Fuel Standard (RFS) in its entirety. Sen. Barrasso said the RFS is "fundamentally broken and beyond repair," and that it has driven up food and fuel costs rather than deliver meaningful environmental benefits. More

Diesel to Remain the Leading Fuel for Decades to Come

While alternative fuels and technologies may increase in the future, diesel will remain the primary fuel for the trucking industry for decades. The findings were part of a two-year study on the future of alternative fuels conducted by the National Petroleum Council. The U.S. Secretary of Energy requested the study, which looked at the full breadth of alternative-fuel options alongside traditional diesel and gasoline. More

In February, attendees at The NATSO Show 2013 had the opportunity to attend a NATSO U educational session on making biodiesel profitable at your travel plaza. NATSO and Chairman's Circle member Renewable Energy Group are partnering to offer the presentation again on June 6! NATSO members only can register for this free webinar held Thursday, June 6 from 4:00 p.m. to 5:00 p.m. EDT. More

As the House Energy and Commerce Committee reviews the Renewable Fuel Standard (RFS) for the first time in five years, Rep. Bob Goodlatte (R-Va.) has introduced several pieces of legislation aimed at eliminating all or part of the RFS. More

The Environmental Protection Agency (EPA) last week launched a new online resource where it will house information for tank owners regarding the compatibility of underground storage tank system components with E-15. More 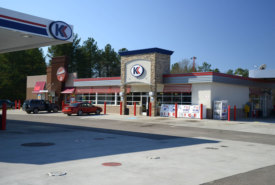 South Carolina-based Garvin Oil has the best practices of a large company and the speed, flexibility and southern hospitality of a small company. More

The Internal Revenue Service (IRS) has issued new and simplified filing procedures for 2012 retroactive biodiesel blender claims. The new procedure allows claims for all four quarters of 2012 to be filed on IRS Form 8849 Schedule 3. Blenders are no longer required to file amended IRS Form 720X returns to obtain 2012 biodiesel blending credits provided the claim is filed by July 1, 2013. More