With rising costs and more stringent building codes, managing energy savings has become more important than ever and can help truckstop and travel center operators remain competitive. Plus, in many states, there are grants, subsidies and rebates available to make energy-saving solutions affordable.
More 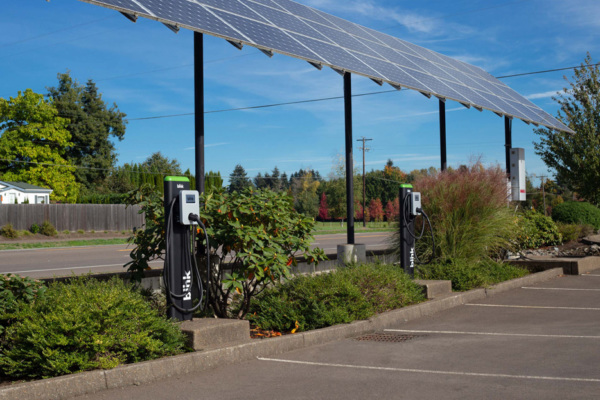 With rising costs and more stringent building codes, managing energy savings has become more important than ever and can help truckstop and travel plaza operators remain competitive. Plus, in many states, there are grants, subsidies and rebates available to make energy-saving solutions affordable.

Anil Javani, Lancaster Travel Plaza, has installed solar panels at the back of the travel plaza and building rooms as well as on the diesel and gas canopy. The system is 210 kilowatt and generates about $2,000 per month in solar energy, which appears as a credit on the company’s electric bills. Lancaster Travel Plaza received a 30 percent federal grant and about 5 to 10 percent in a state grant.

“It’s a big initiative and investment that may have a longer pay-off period in some states. It’s a good green energy investment to contribute our fair share for supporting a clean environment,” Javani said. “We encourage all truckstop operators to use roof and land as available for solar to use as much as green energy as possible to contribute to a cleaner environment for now and future generations.”

Typically, truckstop canopies are built with columns and metal framing with a façade underneath, which might seem like an ideal solution for solar panels, but operators need to plan it from the beginning rather than opting to retrofit structures. “Putting solar on top of these canopies is difficult because the only structural components are the metal framing. If you’re trying to retrofit an existing canopy, it doesn’t really work that well, and it is pretty expensive to do it,” he said, adding that most solar panels let water flow through.

Solar can change the dynamic of a canopy if done early enough. “You can put a sub roof under it to get the waterproof protection,” Jaramillo said, explaining that Power Shingle panels offer protection from the elements.

With Power Shingle, the water sheds down like a normal roof. The panels can be used on any sort of steel structure, such as one used as a fuel canopy, covered parking or truck repair center. “In the transportation and travel plaza industry, you want as few columns as possible. We developed this system to incorporate any new core style framing,” Jaramillo said.

Projects that start construction in 2022 can qualify for a 26 percent federal tax credit and receive 100 percent bonus depreciation.

Increasing Energy Efficiency
Bernie Erickson, executive vice president, director of innovation, FSG, said funding can cover from 20 percent to 70 percent of the installed costs of lighting upgrades and energy control systems. “The balance owed can in some cases be paid off on your electrical bill over a three- to five-year term, with as little as 0 percent interest. This off-balance sheet solution creates positive cash flow from day one,” Erickson said.

Erickson said lighting and controls are an excellent way to cut costs in a travel plaza. “Upgrading both interior and exterior lighting to LED at a travel plaza can not only reduce energy costs 50 to 75 percent, but save on future maintenance as well. New LED systems can last from two to five times longer than the lighting systems they replace.”

In addition to lighting, energy can also be saved by monitoring and, in some cases, controlling HVAC systems, walk-in refrigerators, cookers, ice machines and soda fountains. Locations can also install ionization systems into HVAC units, which allow a reduction in outside area and helps reduce pathogens in the air. “We have seen paybacks of under two years based on energy savings,” Erickson said.