When Jessica Chapman, a cashier at Sapp Bros., in Junction City, Kansas, noticed a woman who seemed distressed, she drew on her human trafficking awareness training and caught the woman’s eye to ask if she was alright. The woman approached Chapman and acknowledged that she wasn’t;  but the man taking advantage of her was inside the store, so Chapman quietly jumped into action to help.
More 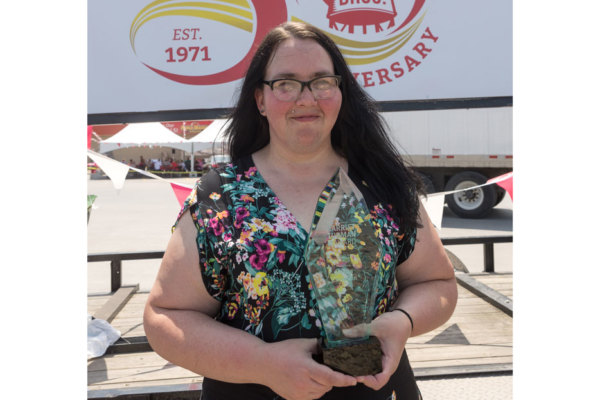 When Jessica Chapman, a cashier at Sapp Bros., in Junction City, Kansas, noticed a woman who seemed distressed, she drew on her human trafficking awareness training and caught the woman’s eye to ask if she was alright. The woman approached Chapman and acknowledged that she wasn’t; but the man taking advantage of her was inside the store, so Chapman quietly jumped into action to help. 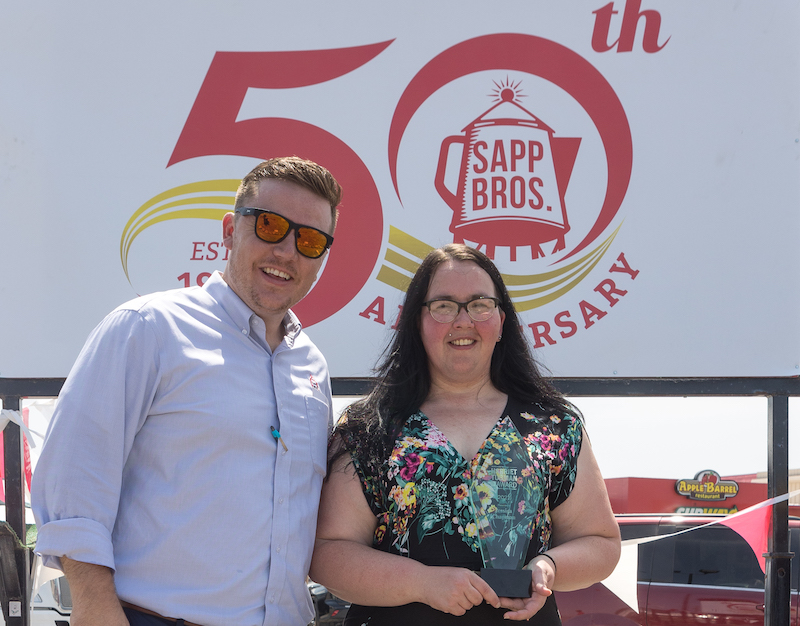 Chapman said the training from Sapp Bros. about human trafficking helped her recognize something was wrong, and her instincts took over. To avoid suspicion, Chapman grabbed a rewards application and acted like she was helping the woman fill it out. But Chapman was covertly gathering information so she could call law enforcement.

Police arrived, arrested the man and took the woman to a safe place.

As a result of her efforts, Truckers Against Trafficking recently awarded Chapman its Harriet Tubman Award. She received the award, as well as a $2,500 check from Protective Insurance, on July 29 at the original Sapp Bros. travel center in Omaha, Nebraska, as part of Sapp Bros. 50th Anniversary celebration.

“We are incredibly proud of Jessica for taking such immediate and heroic action and congratulate her on receiving the Harriet Tubman award,” said NATSO Vice President of Public Affairs Tiffany Wlazlowski Neuman. “Jessica's actions are a testament to the way those in the truckstop and travel plaza industry can help. We are committed to training the industry’s employees to recognize the signs of human trafficking and empowering them to take action.”

Sapp Bros. continues to educate and empower more employees and the drivers who visit the company’s locations.

“It was quick thinking on her part. She called the police. The police came and arrested the person ‘You could have saved this girl’s life,’” said Andrea Galvin, a spokesperson for Sapp Bros. “We just kept saying, ‘You hear about it on the news, but you don’t think it is going to happen. We do everything to prevent this, but it really is happening.’”

Wlazlowski Neuman said that one of the biggest misconceptions about human trafficking centers on where and how it takes place. Human trafficking has been reported across all modes of transportation and in many legitimate businesses that unknowingly are used for this illicit activity.

Like Chapman, all employees within the truckstop and travel plaza industry play a critical role in stopping human trafficking that takes place along the Interstate Highway System, which is why the NATSO Foundation for a decade has been promoting a multi-pronged anti-human trafficking initia­tive.

Wlazlowski Neuman said that the truckstop and travel plaza industry serves 1 billion customers every year, which puts employees in a key position to help identify and report suspected human trafficking.

Sapp Bros. is one of hundreds of truckstop and travel plaza locations that utilize the NATSO Foundation’s free online learning tool designed to help teach truckstop owners, operators and employees how to respond if they suspect human trafficking.

The NATSO Foundation course is available free of charge to any member of the truckstop and travel plaza community here. The NATSO Foundation also offers a “Combating Human Trafficking” toolkit to provide truckstops and travel centers a roadmap for implementing an anti-human trafficking education and awareness program at their individual locations. The toolkit is available here.

Additionally, the NATSO Foundation has partnered with the Department of Transportation, Department of Homeland Security Blue Campaign, Truckers Against Trafficking and National Center for Missing and Exploited Children. The NATSO Foundation co-sponsors regional meetings that bring members of the business community together with law enforcement to discuss regional human trafficking trends and collective ways to combat this crime.

The NATSO Foundation is the industry's premier resource for industry-specific education and public awareness materials, Wlazlowski Neuman said. It is designed with the truckstop and travel plaza industry in mind, so that collectively the industry can continue to make a difference in the fight against human trafficking that takes place along the nation's highway system. Truckstops and travel plazas can remain vigilant in the fight against human trafficking by utilizing the many educational and public awareness resources the foundation offers.

To find out more about the NATSO Foundation’s resources and how your location can implement an anti-human trafficking program, visit https://www.natso.com/human-trafficking or contact Tiffany Wlazlowski Neuman at twlazlowski@natso.com.