The House of Representatives continues to sit on the bipartisan infrastructure bill that passed the Senate in August.
More 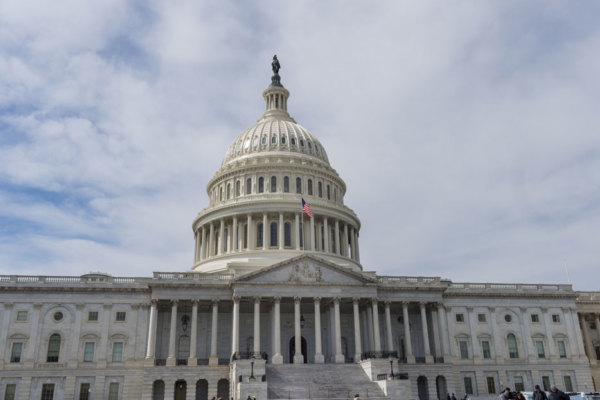 The House of Representatives continues to sit on the bipartisan infrastructure bill that passed the Senate in August as House Speaker Nancy Pelosi navigates various factions within her caucus in pursuit of a partisan package of Democratic tax, health care, environmental and social welfare priorities.  Progressives in the House are withholding support from the bipartisan infrastructure bill unless and until they are satisfied with progress on this partisan "Reconciliation" package.  At the same time, moderate Senate Democrats led by Sens. Joe Manchin (W.Va) and Krysten Sinema (D-AZ) are signaling that they would be reluctant to support any Reconciliation package that approaches the dollar figure that House Progressives are demanding.

NATSO continues to think that some time before the end of the year Democrats will find a way to pass both the bipartisan infrastructure package and a partisan Reconciliation package.

NATSO supports the infrastructure package, which would result in long-overdue investments in transportation infrastructure and important policy changes, as well as grant opportunities for retailers interested in investing in alternative fuel infrastructure (EV charging, natural gas, and hydrogen).

NATSO will spend the coming weeks (or months) advocating on the Reconciliation package, focused primarily on energy tax policies impacting the retail fuels industry specifically (such as biofuel, natural gas, and EV charging credits) and the business community more broadly (such as corporate rates, pass-through treatment, and estate tax changes).

​It remains unclear how House Republicans will vote on the bipartisan infrastructure package. House Minority Leader Kevin McCarthy faces pressure from hard-line conservative Republicans to whip votes against the plan, but centrist Republican support for the bill complicates McCarthy's position. He does not want to endanger members who will face tough elections to win competitive seats.

Congress faces a litany of deadlines, some "softer" than others, in the weeks ahead:

Democrats have reportedly not yet built enough support for tax hikes beyond a modest corporate rate hike (to 25 percent). These other tax hikes under consideration include increases targeting investments or corporate income earned abroad.

Indeed, Democrats' dilemma this month centers on how much of President Biden's proposed taxes on capital gains and multinational corporations they are willing to accept. There is broad agreement on tax-rate increases and tax enforcement that could yield more than $1 trillion over a decade.  Beyond that, some changes are likely, but centrist Democrats in both chambers have been raising concerns about the breadth of the Biden proposals.

Moderates in the House are urging their leadership to "pre-negotiate" tax policy with the Senate to avoid a scenario where the House passes tax increases to appease House progressives only to have the Senate change the legislation before it is enacted.  This pre-negotiation would avoid House Democrats voting on aggressive tax increases that do not become law.

The House Ways and Means Committee this week released some policies that they will seek to include in the Reconciliation package, including: