NATSO has provided a summary of the proposed rule for members (log in required).
More 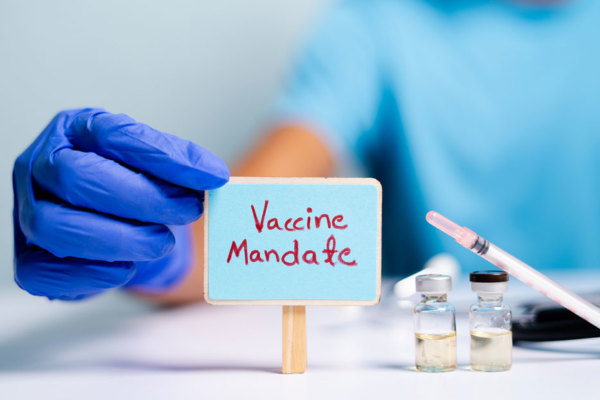 On Nov. 4, the Biden Administration issued its highly anticipated and controversial rule requiring vaccinations for employees of companies with 100 or more employees. The rule appears to exempt commercial truck drivers, including fuel haulers, from the vaccine mandate. The rule preempts existing state laws and executive orders that directly or indirectly conflict with the rule (i.e., those prohibiting employers from enforcing vaccine mandates).  NATSO has provided a summary of the proposed rule for members (log in required).

Within two days of the rule being issued, a federal appeals court temporarily blocked the mandate from being enforced throughout the country. It is uncertain whether this temporary injunction will be a short-term blip for the Biden Administration or the first step in the unwinding of the mandate.

It's important to note that the federal appeals court's decision does not have an immediate impact; the major deadlines in the new rule are: (i) Dec. 5, when covered companies must require unvaccinated employees to wear masks indoors, and (ii) Jan. 4 when covered companies must mandate COVID vaccinations or start weekly testing of their employees.

The court did not rule on the merits of the case, but simply said that those challenging the rule had a strong enough case to merit "staying" the rule's effect until further legal proceedings take place. The Biden Administration must file its response by the evening of Monday, Nov. 8, and those challenging the rule will file their response on Tuesday, Nov. 9. The court will then decide whether to lift the temporary injunction (allowing the rule to proceed as planned), or whether to grant a permanent injunction. The losing party could then take the case to the Supreme Court. If the mandate is ultimately upheld, it could still be enforced by the Jan. 4 deadline, although the court ruling does indicate that this could be an uphill battle for the Administration.

Further clarity around timing and ultimate outcomes will become available as the litigation proceeds; NATSO will closely monitor these legal issues and report on all pertinent developments as they arise.

The issue in this case is whether OSHA exceeded its authority in issuing the rule, i.e., whether such a mandate requires an act of Congress rather than simply OSHA. (A similar issue was at play when a federal court in 2016 halted an Obama-era Labor Department rule that would have made millions eligible for overtime pay; the Trump Administration, which took office the next year, did not defend the rule in court.) OSHA will also have a challenging time defending its seemingly arbitrary 100 employee threshold: if COVID spread represents a "grave danger" that warrants such extraordinary action, why not require all employers to mandate vaccinations?

OSHA is considering whether to extend the rule to employers with fewer than 100 workers.

A separate lawsuit against the vaccine mandate was also filed on Friday by 11 Republican-led states. With multiple similar challenges filed in several federal courts, the cases typically would be consolidated into one and heard by one court chosen by lottery. Appeals courts can rule on injunction requests before the lottery court is chosen, however. Whichever court is selected would be able to lift the stay.

Despite this stoppage and continued legal challenge, employers would be well-advised to continue to develop compliance plans given the short compliance window.

The Society for Human Resource Management has a step-by-step guide for covered employers to follow, as does the National Law Review.  OSHA's FAQ document is available here.

NATSO members may log in to access a high-level overview of the OSHA rule, known as the Emergency Temporary Standard, including information on which emmployees may be exempt, detail of the vaccination and testing policy, how to calculate employer size and other key requirements.

The resource you are attempting to view is for NATSO Members only. To read the full story, you must be a NATSO member.

You can also reset your username or password here.

Learn more about NATSO membership here or join NATSO now. Already a member, but don't have a NATSO account? Create a new account.