The deadline for the installation of EMV readers at fuel dispenser stations takes place on April 17, and the liability shift could have significant consequences for fuel retailers who aren’t EMV compliant.
More 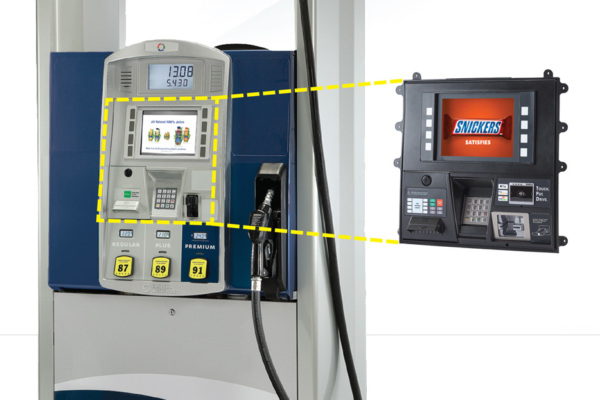 The deadline for the installation of EMV readers at fuel dispenser stations takes place on April 17, and the liability shift could have significant consequences for fuel retailers who aren’t EMV compliant.

Linda Toth, managing director at Conexxus, said the fuel retailing industry is projected to experience $451 million in card fraud this year and those that do not upgrade could incur costs of up to $201,000 per location over the next seven years.

Mitigating risk is critical, especially for those locations that won’t meet the April deadline. While the industry is making progress, not all pumps will be ready by April 17, Toth said. Conexxus surveys have shown that the number of sites that said they have zero percent of pumps deployed has gone down over time, and 61% of respondents said they would probably be ready by April 2021. Just under half—43 percent—said they expect to have 100 percent deployment in the first half of 2021.

“We’re not there and we’re clearly not going to be there by the April deadline, but we’re making some progress,” Toth said.

Toth said that information on the amount of counterfeit fraud at an operator’s site is available to owners. “If you’re branded, reach out to your brands and they should be able to help you get those numbers. If you’re not branded, reach out to your processor or your acquirer,” Toth said. “You’ll want to know what your fraud numbers are so you can plan accordingly to mitigate your risk.”

Chargebacks
The biggest risk for non-compliant operators is chargebacks for counterfeit fraud. “Just because you aren’t seeing fraud today, doesn’t mean you won’t see counterfeit in the future,” Toth said, adding that as the pool of retailers without EMV-compliant pumps gets smaller, criminals will target locations without EMV. “You’ll be a target for fraud, and you’ll be a target for skimming because you’re still doing mag stripe.”

Ways to Mitigate Risk Before Upgrade is Made
Whitkemper said there is still time to upgrade pumps. It is a three-step process: getting a site survey done, getting equipment ordered and scheduling the upgrades. However, there are several ways locations can mitigate risk if they aren’t going to meet the deadline.

“Be aware. Have employees watch for large vehicles that block view to dispensers,” Whitkemper said, adding that if a vehicle is there for longer than a typical fuel transaction, employees could investigate what it is doing. “If someone is dipping multiple cards, that is a good indication there is something going on.”

Darren Schulte, NATSO’s vice president of membership, said locations that experience a high amount of fraud could consider sending someone out to interact with drivers. “Thirty years ago we had runners to verify license plates. That went away, but you may want to revisit it, even if you just send people out to say how are you,” he said. “Most fraud goes down when customers are noticed.”

Learn more about the EMV liability shift through the following resources:

Why You Shouldn’t Delay Upgrading EMV