NATSO, representing the nation’s truckstops and travel plazas, the National Association of Convenience Stores and the Society of Independent Gasoline Marketers of America, today encouraged members of the House Transportation and Infrastructure Committee to oppose the INVEST in America Act.
More 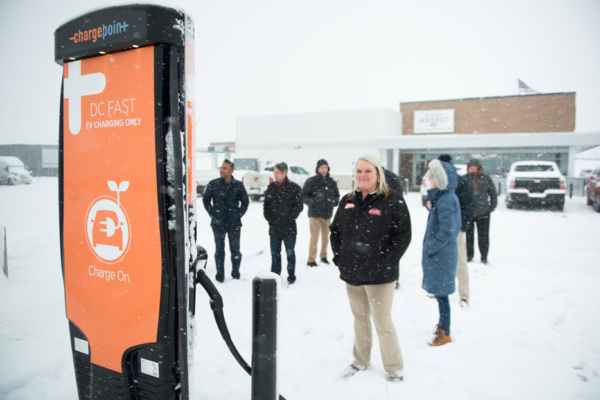 NATSO, representing the nation’s truckstops and travel plazas, the National Association of Convenience Stores and the Society of Independent Gasoline Marketers of America, today encouraged members of the House Transportation and Infrastructure Committee to oppose the INVEST in America Act.

The groups specifically expressed concern with two provisions that will discourage private businesses from investing in electric vehicle charging and stifle the market’s transition to electric vehicles.

“This is the first time in NATSO’s 60-year history that we have opposed a federal highway bill,” said NATSO President and CEO Lisa Mullings. “We want to see smart policies to incentivize our members to invest in electric vehicle charging infrastructure. That is why we must oppose this bill." Mullings emphasized that NATSO wants to work with lawmakers to expand alternative fuels, including EV charging.

The three trade groups, representing approximately 90 percent of retail sales of motor fuel in the United States, sent a letter to the Transportation Committee members today stating that the INVEST Act will undoubtedly stifle the market's transition to EVs.

The groups said that the highway reauthorization bill passed last summer by the Senate Environment and Public Works Committee, which was supported by NATSO, "creates a regulatory framework that is far more compatible with increasing investment in EV charging infrastructure than the INVEST Act." The Senate EPW bill included grants for EV charging infrastructure along highway corridors similar to the INVEST Act, but does not commercialize rest areas or encourage utilities to double-dip.

“For decades, we’ve invested in new infrastructure to meet our customers’ evolving fueling needs," Mullings said. "Our industry invested in diesel exhaust fluid (DEF) infrastructure when truck manufacturers began building trucks requiring DEF. We invested in infrastructure to blend and sell biodiesel and ethanol. In none of these instances did the government need to build fuel stations to meet consumer demand. New fuels have been introduced into the market before, and private businesses have always stepped up.”