The Federal Highway Administration said that between 2014 and 2019, the number of private truck parking spaces nationwide increased by 11 percent.
More 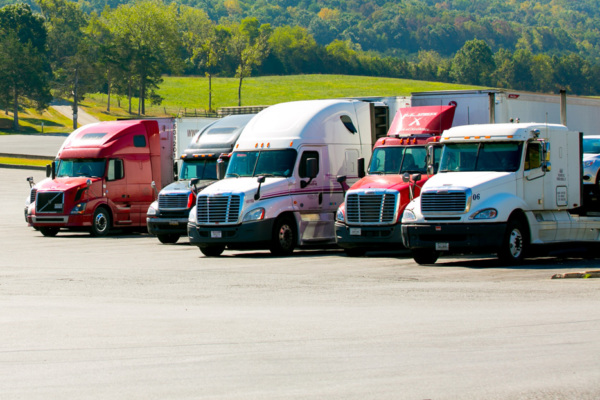 The U.S. Department of Transportation released the preliminary findings of its updated Jason’s Law Survey at its fifth annual National Coalition on Truck Parking stakeholder meeting earlier this month.

The Federal Highway Administration said that between 2014 and 2019, the number of private truck parking spaces nationwide increased by 11 percent, compared with a 6 percent increase in public spaces. Just over 500 of the nation’s 7,000 truck stops and travel centers participated in the survey, up from 400 in 2014.

The agency did not issue the final survey, which is mandated by federal law, but anticipates making the full survey available in coming months. NATSO will update members more fully when it can review the complete survey and analysis.

NATSO in recent years has worked with many State Departments of Transportation, including Arizona, Nevada, California, Pennsylvania and Florida among others, as well as local governments, to develop recommendations for how states can address their truck parking concerns. Among its current efforts, NATSO also is working with the I-81 truck parking task force.

At the federal level, NATSO anticipates that lawakers in 2021 could consider House Bill 6104, the Truck Safety Improvement Act, introduced by Rep. Mike Bost (R-Ill.) in March. That measure would set aside federeal funds for truck parking.

NATSO thinks that federal funds are best spent on improving roads and bridges. It is currently within every state Department of Transportation’s prerogative to fund additional truck parking capacity with existing federal dollars. If the federal government provides funds for truck parking, however, they should be allocated to truckstops and travel plazas, which provide 90 percent of the truck parking in the United States.

With regard to FHWA, NATSO has worked to help the agency understand the issues involved in the supply and demand of truck parking facilities, after FHWA’s initial survey in 2015 did not adequately explore the critical factors that influence truck parking.

For exmaple, NATSO disputed FHWA’s 2015 analysis, which implied that the federal ban on rest area commercialization reduces the potential number of parking spaces available at rest areas.  Evidence indicates that not only would commercialization not increase parking, it would have the opposite effect. A NATSO analysis found that roadways with commercial rest areas have 1/3 fewer spaces than roadways with the same truck traffic. Commercial rest areas thwart competition from truckstops and travel centers, reducing the number of these businesses and parking.

Leading up to the current iteration of the Jason’s Law Survey and Analysis, NATSO in 2018 urged the agency to incorporate additional questions targeting fleets, drivers and regulators in an effort to capture more comprehensive truck parking.

NATSO submitted a variety of questions for the agency to include when it conducted its survey to update the 2015 “Jason’s Law Truck Parking Survey Results and Comparative Analysis.”

NATSO urged the agency to survey truckstop owners and operators as to how frequently trucking companies include truck parking in their negotiations on fuel purchase agreements.

NATSO also requested that Department of Transportation (DOT) officials be surveyed regarding the degree to which truck parking is considered when new regulations are being proposed for the trucking industry.

The highway authorization law signed in 2012, MAP-21, allocated more funding for truck parking under a section titled “Jason’s Law.” The law also required DOT to assess the volume of truck parking in each state and develop a system of metrics to measure the adequacy of truck parking on a periodic basis.

Since issuing the survey in 2015, FHWA has been promoting a national dialogue between the government and industry stakeholders on truck parking availability nationwide. NATSO is a member of the National Coalition on Truck Parking, which was formed in the wake of that survey.