The coronavirus pandemic has changed day-to-day activities nationwide, causing a surge in consumer buying and highlighting the importance of the supply chain. NATSO invited American Trucking Associations' Economic Analyst Alan Karickhoff to discuss how the coronavirus is affecting the trucking industry and the significant role it plays in delivering food and medical supplies. During a recent NATSO member webinar, Karickhoff also shared his insights into the overall economy and what to expect.
More 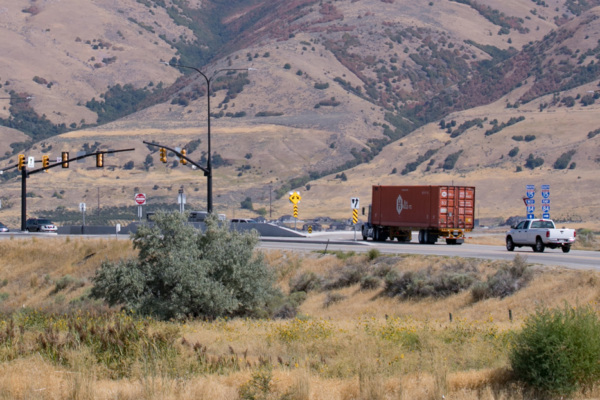 The coronavirus pandemic has changed day-to-day activities nationwide, causing a surge in consumer buying and highlighting the importance of the supply chain. NATSO invited American Trucking Associations’ Economic Analyst Alan Karickhoff to discuss how the coronavirus pandemic is affecting the trucking industry and the significant role it plays in delivering food and medical supplies.

Karickhoff also shared his insights into the overall economy and what to expect.

He added that it is essential to remember this is temporary. "It is like a hurricane when you see a big surge before a hurricane, but there is a payback period,” he said, adding that April could be very weak for fleets.

Fortunately, most truck drivers are showing up for work. “The drivers are worried, but they’re continuing to show up to get these goods to retail stores, he said.

The supply chain is still seeing some disruptions. China export volume has plummeted, and while factories are coming back online, containers aren’t available. “The problem now isn’t production but logistics,” Karickhoff said, explaining that when the virus first hit, some companies held onto containers. “They can’t ship product back until we ship the containers.”

Karickhoff said volumes are good going to and from Mexico, and he said he hasn’t heard any indications of the border closing for commercial goods. Canada, which has placed limitations on border crossings, has remained open for truck traffic and the movement of commercial goods. “The 14-day quarantine period imposed by Canada does not apply to truck drivers,” he said.

During the webinar, Karickhoff covered macroeconomic trends in the U.S. “Right now, it is looking more and more likely that the U.S. is going to dip into a recession. The good news is the economy was looking good going into this crisis, especially compared to some of the European countries,” he said.

In January there were 6.2 million new homes built, which is the highest since 2006. “Most of the gains were from low mortgage rates, which are likely to continue,” Karickhoff said.

“We also heard from some fleets that consumer staples were strong for the past few months, but clothing was soft. That was likely due to mild winter weather,” Karickhoff said, adding that March will be a mixed bag. “We’ll see some good purchases to start as people are hoarding and buying more from stores. The second half of March and the first part of April might see a lot more softening.”

On the manufacturing side, industrial production was up 0.1 percent in February, but it did not offset January’s 0.2 percent decline. Karickhoff said the manufacturing side of the economy still sees weakness. “The February level was above average for 2019 but still 0.2 percent below this time last year,” he said, explaining that this is the eighth consecutive year-over-year decline.

The March Business Outlook Survey from the Federal Reserve Bank of Philadelphia showed activity drop to -12.7, the lowest reading they’ve seen since July 2012. New orders fell from 33.5 to -15.5, Karickhoff said.

The travel and tourism industry and small businesses, including restaurants, movie theaters, etc., are getting hit very hard. Karickhoff said the first quarter should still be positive, with about 1.5 percent growth, but there is a lot of uncertainty around it. He added that he expects the second quarter to be negative. "Many expect it to be -5 to -10%.

GDP for the year should be flattish. “It is not like the modest increase we expected before the virus,” Karickhoff said. “We’re likely to see some pent up demand after this. There is some discussion on whether this is going to be a V-shaped increase or a U-shaped increase.”

Oil prices are low, with West Texas Intermediate Crude hitting $23 a barrel on March 19 and diesel averaging $2.73. However, Karickhoff said many people aren’t getting the benefit from that since they aren’t going out and driving their cars to work. “We’ll see oil companies going out of business because it is going to be tough for them to maintain profits at these low prices,” he added.

The two government stimulus packages that have passed already and a third package being discussed are expected to provide some relief, Karickhoff said.