As the pool of drivers and the length-of-haul changes, truckstop and travel plazas have to make getting to know their customers a top priority.
More 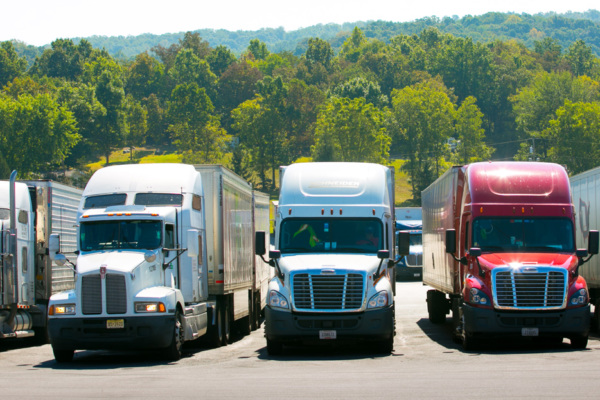 The types of products and sercices drivers need depends on who they are, where they are going and how long they’ll be on the road. As the pool of drivers and the length-of-haul changes, truckstop and travel plazas have to make getting to know their customers a top priority.

“I don’t think it is as simple as it used to be when we just had owner operators and company drivers,” said Darren Schulte, vice president of membership for NATSO. “Today retail operators have to be a lot smarter and understand who is walking in the door and how to get more money out of them.”

Schulte said stores who figure out who their customers are have higher sales and conversion rates when compared to those that take a cookie-cutter approach. “Are they long haul, fleet, owner operators? There are nuances and they are all different,” he said.

If the majority of a location’s customers are day drivers, breakfast might be the busiest time of the day. With long-haul drivers, the rush may hit in the evening as people park for the night, Schulte explained.

“If you have a lot of customers who drive box trucks that are coming in and out really fast, doing made-to-order food for that type of customer might not be successful because they don’t have time to wait,” Schulte said. “The same thing applies if you are a location that has a lot of trailer drops with drivers meeting half way between locations  and swapping trucks and going again. They are probably in a hurry.”

Decreasing Length of Haul
Trucking operations have been affected by e-commerce, which has resulted in more regional distribution hubs. “There is a big push by Amazon and other folks that are locating their warehouses adjacent to major metropolitan areas,” said Don Quinn, vice president, NATSO Services.

American Transportation Research Institute wrote in its report E-Commerce Impacts on the Trucking Industry that the emerging geographical hubs are located within a few hours of major population centers, have access to significant transportation infrastructure like ports, airports, in- terstatesandrail,andhaveasufficient supply of developable land to support large-scale distribution facilities.

The growing decentralization needed for e-commerce has created a considerable decrease in the average length-of- haul, ATRI reported. Longer inter-regional or national hauls are now being replaced by shorter intra-regional and local hauls. “These dramatic decreases in trip lengths and odometer readings are being experienced by truckload, LTL, and courier services alike,” the report said. “In fact, the average length- of-haul for dry van truckloads has declined almost continuously since 2000, falling by 296 miles, or 37 percent.”

What’s more, the trucking industry has made some changes to its assets. “The emphasis on purchasing equipment that supports ‘last mile’ deliveries is evident in truck registration data,” according to the report. “Registrations for single-unit trucks, a proxy for straight trucks used for local deliveries, are growing at a faster rate than registrations of more traditional combination trucks.”

Quinn said an increase in the number of smaller trucks on the road could welcome younger drivers into the industry. “With Class 6, 26,000 pounds and less, that allows a younger driver to get behind the wheel,” he said.

Changing Driver Demographics
As the driver shortage worsens, trucking companies are tapping into underrepresented pools of candidates, and the number of minorities in the trucking industry is increasing. “The number of minorities and women are increasing. I think that is due to the length of haul and the fact that there is more home time. There is also more advertising to recruit and attract new drivers,” Quinn said.

The U.S. Department of Labor’s Bureau of Labor Statistics reported that the percentage of minority drivers rose to 40.6 percent in 2017 from 38.7 percent in 2016. The number of Asian and African-American drivers entering the driver pool increased 24.3 percent and 13.4 percent, respectively. However, the number of Hispanic drivers decreased 1.3 percent.

Demographic information can shape what customers buy. “I recently visited a location that had a lot of East Indians who are heavily vegetarian, but there weren’t a lot of vegetarian items,” Schulte said.

Peter Pilalas, wholesale business manager, Petro-Pass, Petro-Canada, said Schulte helped him realize one of the company’s sites lacked vegetarian offerings. “There was an Indian fellow in there and Darren asked him if he was a vegetarian. He said yes, and we had no vegetarian offerings,” Pilalas said.

Creating Indian food items wasn’t in the cards for the location, but the site has been trying different Indian and halal-based caterers who are bringing insomefoodtocatertothatcustomer, said Craig Bujarsky, wholesale business manager for Petro-Canada.

Getting to Know Customers
Quinn said operators can learn a lot through simple observations. He also suggested operators talk to their staff. “If you ever want to know what is going on in your location, ask your staff. They see what is going on every day,” he said.

Operators can also pick a handful of customers and ask them questions, such as what they are buying and what they’d like to see at the location.