Leaders of state Departments of Transportation across the country are saying the coronavirus pandemic has left them facing an estimated $50 billion shortfall in infrastructure project funding. More 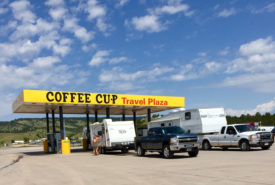 With Americans projected to take 700 million trips this summer, 97 percent by car, America’s truckstops and travel plazas are stepping up to serve passenger vehicles and RVers seeking a safe Summer vacation. More

The House Transportation and Infrastructure Committee is scheduled to take up the nearly $500 billion surface transportation bill known as the INVEST in America Act June 17, with lawmakers expected to offer more than 100 amendments during one of their first virtual mark ups. More

House Transportation Committee Chairman Peter DeFazio (D-OR) introduced a highway reauthorization bill June 3 (INVEST in America Act) that will be subject of much attention and advocacy efforts in the weeks ahead. More

The House Transportation and Infrastructure Committee will vote on its five-year surface transportation bill in the next few weeks, with an eye toward a floor vote in late June or July.  More