Truckstops and Travel Centers Appeal to Four-Wheel Customers Through Beer

Truckstops and travel centers historically haven’t focused on beer, but the pandemic has brought an increase in alcohol sales. As our daily lives are disrupted, people are craving indulgences. Especially right now, the category can be a top seller depending on operators’ locations and customers.
More 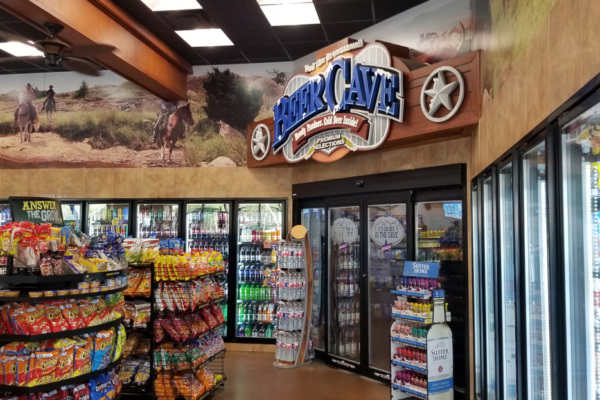 Truckstops and travel centers historically haven’t focused on beer, but the pandemic has brought an increase in alcohol sales. As our daily lives are disrupted, people are craving indulgences. Especially right now, the category can be a top seller depending on operators’ locations and customers.

Operators are meeting customers’ demands, increasing sales and boosting revenue by providing the products their shoppers want to buy. 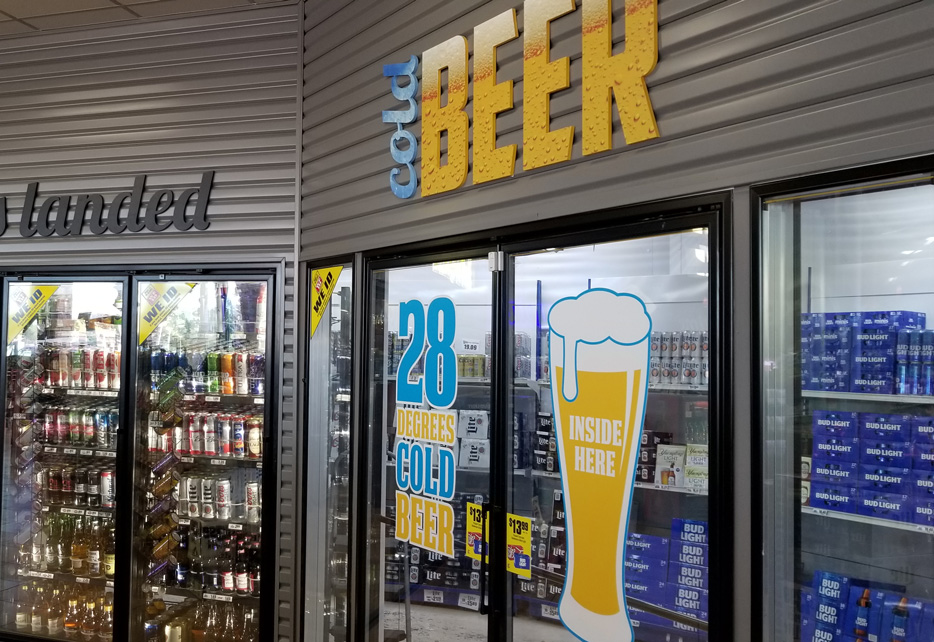 “We’re not limited to professional drivers anymore. We have four-wheel customers and local customers. You really have to look at what your customer wants and needs,” said Michael Lawshe, president of Paragon Solutions.

Darren Schulte, vice president of membership for NATSO, said there are truckstop and travel plaza operators who do a tremendous job with cooler doors, trough displays and room-temperature displays. However, the most important factor in boosting beer sales is getting to know the customer. “It isn’t as simple as having your beer vendor come in and set the cooler,” he said.

Beer might do well if a location serves locals or the traveling public.

For Muralt's Travel Plaza, locals are considered anyone within 30 miles of the location who travels by regularly. The location also gets a lot of traffic from people heading to Flathead Lake that is 70 miles north of the location, said Walt Muralt, owner of the location.

Schulte said operators could also study what their competition is doing and dig into what is popular in their area. 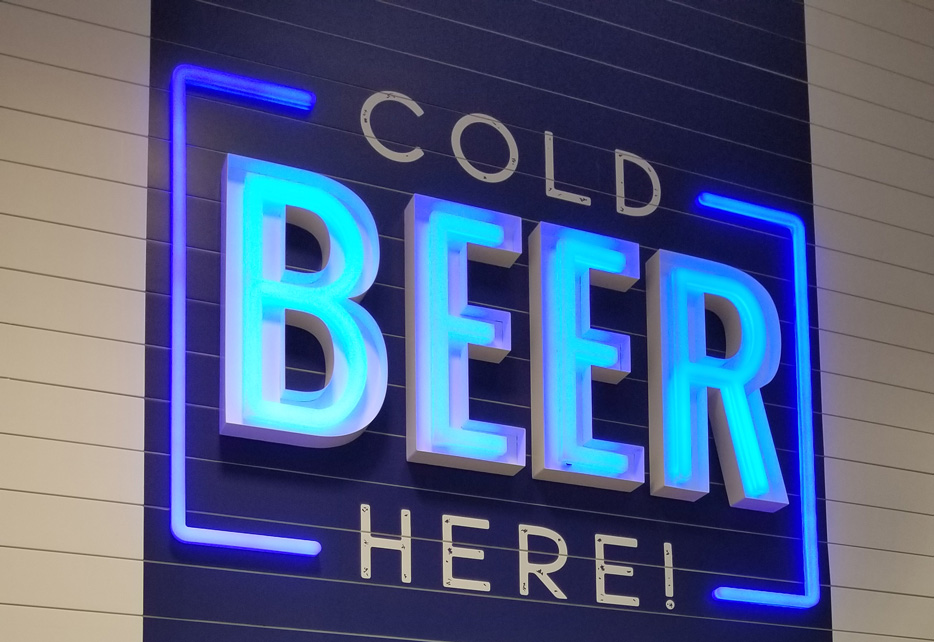 Brian Couch, owner Donna’s Travel Plaza, said craft beer has been popular for a long time in that region of the country. “When I started at the truckstop, Henry’s, Thomas Kemper, Widmer, Pyramid, Alaskan Amber and Red Hook were in every cooler around this area. Even now these will be found in most coolers around here,” he said. “Microbrews were more of the norm around Northern California, Oregon and Washington from even back when I was a kid.”

Couch said popular microbrews can change from month to month. “It is normal now to have a completely new set after even a month. The only beer that has seemed to really stick is Spacedust from Elysian Brewing,” Couch said. “Due to this we have to trust our suppliers, which is a complete challenge since they want to sell what is required for them, not what is best for the store.”

Lawshe said beer vendors can be a tremendous resource. “Ask distributors who is selling the most beer in your area. Then, go look at what they are doing,” he said.

Damon Borden, operations manager for Broadway Flying J, said the location relies on its distributors’ insights. “They see what everybody else is selling and suggest items to us,” Borden said. “The distributor lets us know what is hot.”

Broadway Flying J offers a variety of beers, including craft beers, in the cooler doors. “Craft beer is a huge growth part of the beer segment,” Borden said.

Broadway Flying J’s store in Belgrade, Montana, has one door dedicated to local, Montana-brewed beers. The store also has five doors dedicated to beer. “Craft beer drinkers know what they are looking for and they’ll go looking for it,” Borden said.

Donna’s installed an open-aired cooler for microbrews it completed during its remodel a year and a half ago. “Before that, we dedicated a cooler door just for them,” Couch said.

Operators, especially those entering the industry, could conduct a feasibility study looking at the community to see if beer makes sense. “It is very possible you’re going to build a travel center, and everyone around you has decided not to get into the beer business. There might be an opportunity there,” Schulte said.

Couch said he has a mix of customers, but they tend to be those who only want to make one stop. “So definitely truck drivers, customers filling up their boats, and those out late at night grabbing something on the way somewhere. With our location, our target market changes frequently, so we try to have a good selection of everything,” he said.

Locations can benefit from stocking local product that can’t be found nationally. “Make sure it is popular enough locally so you can turn your stock. Have single serve wine, if possible. Some drivers like having a single drink after their time is up,” Couch said.

However, Couch said he wouldn’t go full throttle on adding microbrews if locations don’t have them already. “Add a shelf, four or five six packs, see what is popular and what turns. Then, go from there,” he said. 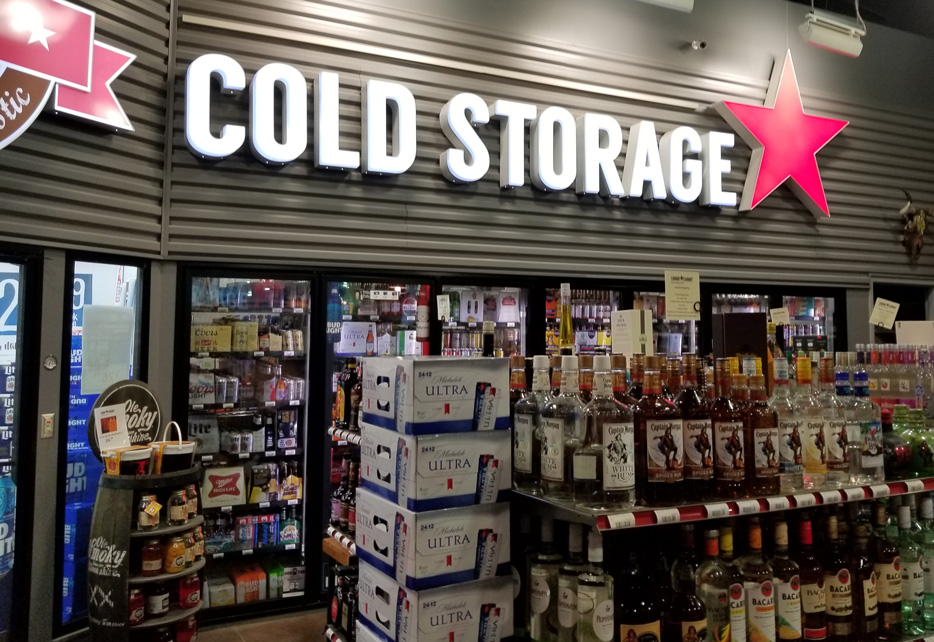 Selling Craft Beer
Craft beer can add variety to a location’s beer offerings. Plus, local craft beer can be popular among locals. “It is good practice and good merchandising to emphasize local,” Lawshe said. “It isn’t just the locals who want to buy local. It is travelers who are there and want to try local, too.”

While craft beer is popular, Lawshe said it won’t excel if locations don’t promote it. “You have to treat it well,” he said. “You want to say ‘this product is special.’ You give it a unique presentation, and you take advantage of the customer journey.”

Schulte said operators need to highlight their craft offerings. “If you’re going to be in the craft business, don’t hide that craft beer,” he said, adding that operators have to make a commitment to craft beer. “You’re not going to sell a lot of craft beer if it isn’t in your cooler door or near the front.”

Customers aren’t likely to go on the hunt for craft beers, Schulte said.

Lawshe said operators could highlight craft beer by putting it in an open wall case next to a beer cave or on an island customers pass on their return trip from the coolers. “What are we doing to say this product is special? You don’t leave it warm on a shelf, and you don’t leave it sitting next to the Gatorade,” Lawshe said.

Paragon Solutions has conducted studies with Miller Coors and Nielsen and found that the placement of craft beer can have a positive or negative effect. “We found the placement of the craft beer on the return trip from the beer cave to the checkout is critical,” Lawshe said.

Those who are doing well in craft beer could also consider adding growlers. “For some folks that is very, very successful,” Schulte said.

One way to grow craft beer is to have singles in the cooler door and let customers create a six-pack. Operators could choose the beer that has the highest retail, $9.99, for example, and then all the beers in the mix-and-match six-pack sell for that price, Schulte said. “You could do the same thing with hard seltzers.” 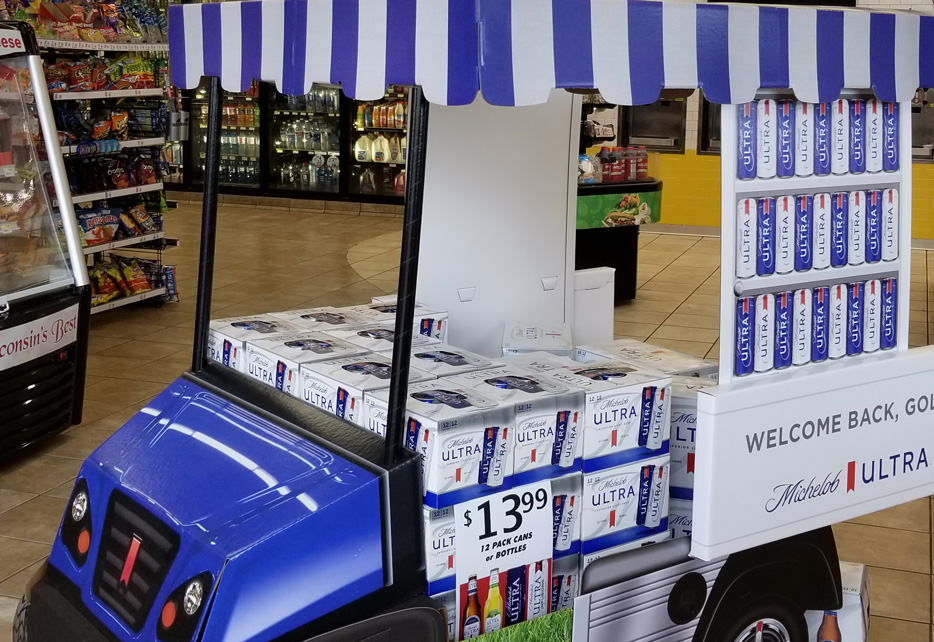 Selling Singles
Stores may do better selling singles or multi-packs of traditional or craft beers depending on the customers, Schulte said.

Locations that do well with single beers may be near a warehouse or other area where people are coming home and want one cold beer to take home or sit down and drink it in the establishment if the location has that ability. “If that is your customer base, you should be setting beer troughs up if you’re allowed to,” Schulte said.

Momin shared his thoughts during NATSO Connect 2019. “We were afraid we were going to abandon our customers when we dropped the 16-oz. cans, but we saw an increase in revenue and margins because we had a higher dollar amount coming to the registers,” he said.

Port Auto also reduced the number of UPCs it stocked. “What did it cost us to implement this? Zero dollars,” Momin said. “It literally didn’t cost anything. You’re just changing it in the back office and asking your vendors to provide you with new stickers for pricing.” 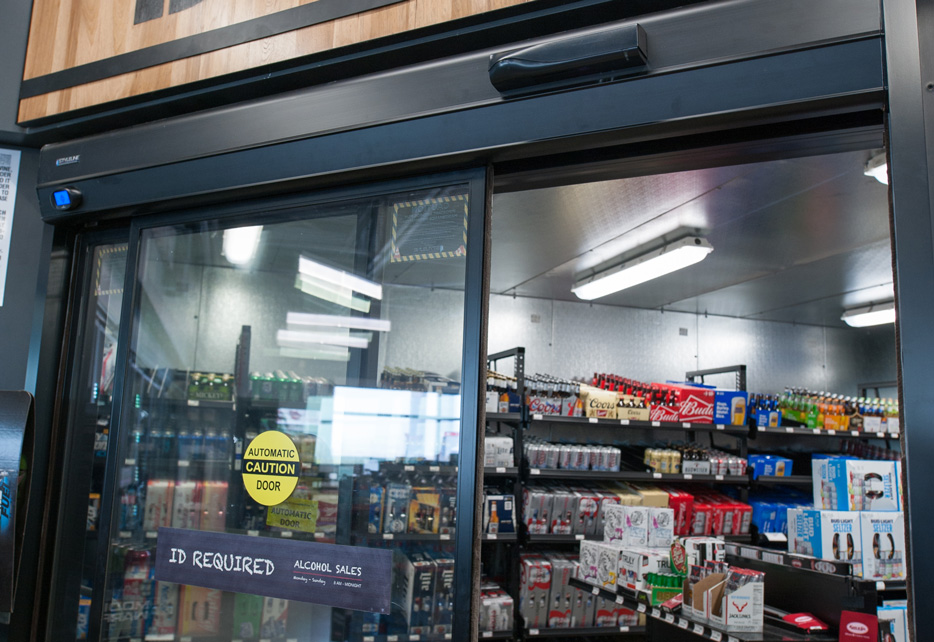 Adding a Beer Cave
The last piece of the puzzle is for operators to know if they need a beer cave. “We’re always cautious with those because beer isn’t the biggest category for our members. However, if you’re in the right area for beer, you can move a lot of it, but you have to be smart about that,” Schulte said.

Lawshe said beer caves do particularly well for operators selling to a mid-income blue-collar worker. “If that’s what you’re selling and selling high volumes, the beer cave is a great way to push that type of product,” he said, adding that one customer saw a 60 percent increase in sales after adding a beer cave.

The size of the beer cave really is dependent on what a location’s projected sales will be. “Think it through,” Lawshe said.

Muralt’s is adding a beer cave as part of its remodel. It will have craft beer in the cave and Muralt also plans to install two open-air coolers near the beer cave to merchandise product.

Broadway Flying J has installed a beer cave at its store in West Spokane. “Sales have definitely been up because of the beer cave,” Borden said.

Lawshe said the light inside a beer cave should be 30 percent greater than the light on the sales floor. “That eliminates all the shadows and it glows. You’ve created a destination there,” he said.

Operators also want to have a lot of windows so customers can see into the beer cave. Lawshe said beer caves designed by Paragon Solutions usually have an 11-foot ceiling. “Your typical shelves go up six feet. Then you have room for graphics, color and merchandising,” he said.

Traditionally coils in cooler are on the back wall, and blow out toward the cooler doors. “The reason for that is the air hits the header above the door, so the next served product is the coldest product in that cooler,” Lawshe said. “In the beer cave, you don’t want the coil in the back where the warmest spot is on the back wall.”

Lawshe said Paragon Solutions places a different type of coil on the ceiling that blows out in three directions to cool the three walls operators are using for merchandise.

Selecting the right shelving in a beer cave is critical. Operators need to choose shelves that can handle the weight of beer and identify the product. “The right kind of shelving will pack out more SKUs than putting it on the floor,” Lawshe said.

Marketing Beer
A knowledgeable salesperson goes a long way, Lawshe said, and operators can either work to inform their staff or create a display that shares information. “I like to go into a wine store that has the rating right there. They have that for beer too,” he said. “If you tell me this is a local, medium-hoppy with a citrus finish, that might intrigue me.”

Operators could also have a video loop telling people about the beer, Lawshe said. “Information is power when it comes to retail,” he explained. “The information you can give to the customer empowers them to buy your product.”

Locations can hold tastings to boost sales. “You could do it from 3:00 to 6:00 and your breweries can come in and share their special knowledge,” Lawshe said, adding that even if customers don’t purchase the beer during the tasting, they might buy it in the future.