Interest in Alternative Fuels Among Trucking Fleets Continues to Increase

Interest in alternative fuels among the public and fleets has continued to increase.
More 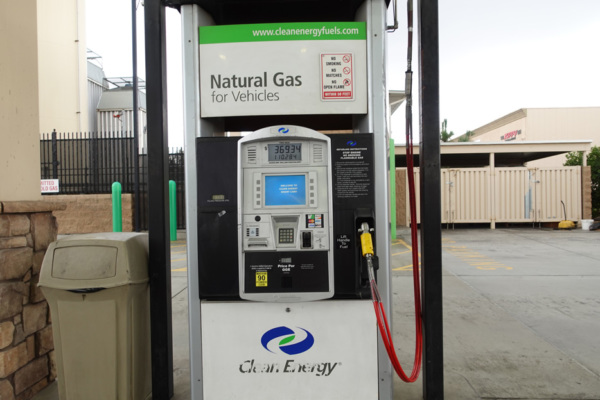 Interest in alternative fuels among the public and fleets has continued to increase, and deliveries of compressed natural gas remain strong, investment in the electric vehicle sector has continued to swell, and there has been growth for other renewable fuels. Most importantly, demand is expected to continue to grow.

“What we’re faced with today is the biggest transformation our industry has ever looked at,” said Rakesh Aneja, head of eMobility, Daimler Trucks North America.

While speaking during a press conference for the State of Sustainable Fleets report, Aneja said Daimler publicly committed to the Paris Climate Agreement and plans to be completely carbon free by 2050 and offer CO2 neutral solutions by 2039.

“We know the end point—that is our commitment—and we know the starting point. The key is the transition,” Aneja said, adding that they key point is how much the industry can invest and in what technologies. “We can’t do everything, so that is where some decisions have to be made.”

Patrick Carre, vice president, commercial road transport sectors and decarbonization, Shell, said that for those who want net-zero emissions throughout the fleet, there is no way around electrification or hydrogen in the future. “Those are the most promising technologies to get you to net zero, but, in the shorter term, the next 5–10 years, renewable diesel and that whole spectrum is incredibly important,” he said. “That is something we can make happen today. It isn’t either or.”

Eric Neandross, CEO of Gladstein, Neandross & Associates, said the latest State of Sustainable Fleets report found that more than 91 percent of private for-hire fleets, which comprise many of the largest fleets surveyed, expect their use of clean technologies to increase in the next five years. Plus, 83 percent of clean- vehicle early adopters—fleets already using CNG, propane, battery-electric vehicles and hydrogen fuel cell electric vehicles—confirmed plans to increase use of cleaner fuels and cleaner technologies in the next five years.

“A lot of companies think they’ll go to electrification to meet their net-zero goals, but what folks are finding out is, particularly in the medium or heavy-duty sector, that equipment isn’t ready for primetime, or they don’t have the cap ex to purchase it because it is typically two to three times the capital cost,” Scharingson.

Jeff Hove, vice president of the Fuels Institute, said corporations are increasingly interested in environment, social and governance planning (ESG). Emissions reduction goal setting and alternative/biofuels are the quickest way to achieve these goals, he said.

“ESG is an example of policies that are not required, directed or regulated in the U.S., but rather financial institutions are demanding such programs,” Hove said, adding that The Fuels Institute is currently creating an online application to help fuel retailers and wholesalers with creating an ESG Plan.

The Role of Renewable Fuels
Scharingson said renewable fuels have a critical role in the coming years as new equipment technology advances. “We need low-carbon fuels now, and biodiesel and renewable diesel can significantly reduce carbon now rather than wait for the technology to develop over the next 10 years,” he said, adding that fleets typically replace 8 percent of vehicles annually, so lowcarbon fuels will be needed as a transition takes place.

Renewable diesel and biodiesel are both made from the same renewable feedstocks, such as soybean oil, used cooking oil, distillers corn oil and animal fats. “A biodiesel plant goes through a simple chemical process. Renewable diesel goes through a refinery that uses hydrogen to crack open the molecule, and the molecule is almost the same as diesel,” Scharingson said.

There was exceptional demand for renewable diesel and biodiesel throughout 2021, which is continuing throughout 2022. There has been growth in the West Coast markets for biodiesel and renewable diesel because of California’s low-carbon fuel standard, the Oregon Clean Fuel Standard and Washington’s Clean Fuel Standard. “We’re also seeing companies like Amazon, Walmart and Federal Express creating net-zero carbon emission standards,” Scharingson said.

While renewable diesel is still a West Coast fuel in low-carbon fuel standard markets, new production is scheduled over the next two to three years, Hove said. That may improve costs of renewable diesel, provided feedstocks are readily available to meet the demand.

Ethanol was trending very well but recent policy and judicial positions on E15 will likely have an impact, Hove said. “E15, however, makes up a very small portion of the ethanol gallons sold so the impact should be minimal, and we will likely see retailers continue to offer E15 year-round if the policing at the dispenser is lighthanded,” he said.

Ethanol and biodiesel incentives are available right now at both federal and state levels, whether it is tax incentive, RINs or low-carbon fuel standard credits, and it does not necessarily require a lot of investment, said Ginger Laidlaw, compliance specialist for NATSO’s Alternative Fuels Council.

NATSO members can also get retailers access to valuable blending credits, which can enhance the fuel margin, Hove said.

Laidlaw said that while a small percentage of locations may be beginning to install hydrogen, electric vehicle charging or compressed natural gas infrastructure, there may also be the same number or more who are looking to consider ethanol and auto diesel offerings.

“I think if members are not branded, they should make sure they are aware of and take advantage of the federal and some state incentives available for ethanol and biodiesel. In many cases, not a lot of capital investment is needed to blend biodiesel, so it is definitely worth a hard look,” Laidlaw said, adding that NATSO’s Alternative Fuels Council can help members with the paperwork and management needed to participate in the federal programs.

Hove said operators that are not knee-deep into biofuels or lowcarbon fuels, should make in-roads with suppliers, and improve supply contracts, logistics, storage and fuel quality best practices. “Overall, alternative fuels and renewable fuels will continue to see growth as the existing U.S. fleet will be predominantly internal combustion engine and the EV solution to carbon emissions will take decades,” he said.

Electric Vehicles
Bloomberg NEF estimates EVs will make up 10 percent of all vehicles sold by 2025 and increase to more than 29 percent by 2030, and Neandross said battery electric vehicles are poised to become a leading fleet technology in the near term.

"It looks like the next three to five years will be a critical ramp period,” Neandross said, adding that investments by the corporate world will accelerate the market. “The sustainability benefits that we’re seeing in these clean fuels and technologies are increasing as well as the economics. That motivates the fleets to continue down their path to make these investments.”

However, building out infrastructure for hydrogen and electric is the difficult part, Neandross said. Aneja added that it easy to provide infrastructure on the home base but having conversations on the public side and working with the truckstops is critical.

If conversations don’t happen, Carre said there will be a “chicken or egg” scenario. “That is why we work closely with Daimler. We have to start somewhere, and we probably have to start in a coalition of the willing,” he said. “We and others have been burned by building infrastructure that wasn’t used.”

In 2001, NATSO and ChargePoint, an electric vehicle charging network and NATSO Chairman’s Circle member, announced significant progress in the first year of the National Highway Charging Collaborative, an initiative that will leverage $1 billion in public and private capital to deploy charging at more than 4,000 travel plazas and fuel stops nationwide by 2030. In its first year, the public-private Collaborative successfully funded more than 150 DC fast-charging spots with additional access to more than 1,500 publicly available DC fast-charging spots for consumers on ChargePoint’s existing network.

With more than $11 million of public and private funding leveraged to date as part of the Collaborative, new fast-charge sites are connecting rural communities and enabling long-distance electric travel across more than eight states including California, Florida, Iowa, Missouri and Washington. Several travel plazas and truckstops are supporting the Collaborative, including Kum & Go, Donna’s Travel Plaza, Love’s Travel Stops, the Iowa80 Group and others.

“ChargePoint’s ongoing effort to significantly expand access to charging across cities, rural communities, and along highways is core to our mission and the collaboration with NATSO is already making significant progress toward that goal,” said Colleen Jansen, chief marketing officer for ChargePoint. “The National Highway Collaborative is poised to be one of the nation’s foremost examples of how partnerships can be designed to scale vital charging infrastructure. The progress to date has created the foundation for the scaling of fast charging to support long-distance electric travel and enable fast charging in urban and rural communities as a complement to the buildout of Level 2 charging nationwide.”

NATSO President and CEO Lisa Mullings said in order for consumers to move to EVs, they need to be confident that they will be able to refuel as reliably as they do today. “With thousands of established locations crisscrossing the nation, the private sector will ensure that drivers of electric-powered cars will not suffer from range anxiety,” she said. “We are well suited to efficiently meet customer demand for electricity while providing the amenities and safe experience that they have come to expect as they refuel.”

However, it is still early and some NATSO members are watching their competitors to see what types of customers are utilizing EVs and the duration. “I think if/when more heavy duty-truck fleets begin utilizing EV technology and/or additional, broader incentives are available to members, there will be greater interest in investment,” Laidlaw said.

The Future
Going forward, Carre said it is important not to rule anything out. “A lot of people talk with great certainty about specific technology. If we look back over the past few years and how many things have changed, it is clear that if that pace of change continues, a lot can happen in the next few years,” he said. “It is really critical to stay connected to the main influencing factors that will drive exactly what lower emissions will look like.”

// NATSO Launches EV Charging Funding Opportunities Online Resource
At NATSO, we want to ensure that NATSO members have all of the resources necessary to guide truckstops, travel plazas and off-highway fuel retailers as they invest in EV charging stations, whether you are planning investments for today or in the future. With that goal in mind, NATSO has created an online resource: “EV Charging Funding Opportunities.”